Pimco gets burned as Just Energy craters after Texas loss

NEW YORK: Canadian energy retailer Just Energy Group Inc revealed a big loss from the Texas crisis and said it may have trouble continuing as a going concern after last week’s freezing weather cost it about US$250mil.

Just Energy can’t finalise earnings for the calendar fourth quarter, which is its fiscal third quarter, while it reviews the impact of last week’s events, during which market prices for electricity soared to US$9,000 a megawatt-hour for much of the week, the Mississauga, Ontario-based company said in a statement.

Holger Klotz, a spokesperson for Pimco parent Allianz SE, declined to comment. “As a matter of principle we do not comment on single investments, ” Klotz said in a message.

“We honestly haven’t looked at it, ” Pattison said by phone, adding that it’s a small investment for his group.

“The losses exceed current liquidity and will likely require a capital injection to get JE through this abnormal event, ” CIBC analyst Mark Jarvi said in a note to investors.

Extreme gyrations in regional US gas and electricity prices because of the cold weather in Texas have affected the finances of other companies as well. Atmos Energy Corp, one of the largest independent suppliers of gas in the US, revealed on Friday that it’s looking to raise cash after committing to spend as much as US$3.5bil to secure fuel during the freeze.

Existing lenders and shareholders in Just Energy might provide financial help, but at a cost to equity value, Jarvi said in cutting his target price to C$1 from C$10.

National Bank Financial’s Endri Leno also slashed his target, to C$1.75 from C$10, saying it was “impossible” to accurately incorporate the losses into forecasts.

Just Energy said the impact could change as more information becomes available. “Accordingly, the financial impact of the weather event on the company once known, could be materially adverse to the company’s liquidity and its ability to continue as a going concern.”

Just Energy, a retail energy seller that specialises in electricity and natural gas, only recently emerged from a recapitalisation plan and a board shakeup after concluding a strategic review to remain independent. The changes saw founder and long-time executive Rebecca MacDonald announce her retirement last July. — Bloomberg 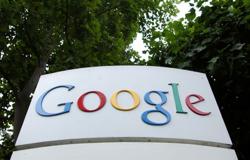 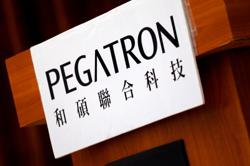