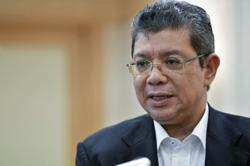 PETALING JAYA: All telecoms players wanting to offer 5G services beginning the fourth quarter of this year will have to buy network access from the government as they will not be allowed to build their own 5G networks.

Though details are still sketchy, this is a surprising and drastic move taken by the government to push for greater competition at service offering levels instead of at network infrastructure.

By so doing, it will be the single entity that will invest RM15bil over 10 years to roll out 5G nationwide, thereby dashing the hopes of telecoms players of securing additional spectrum or building 5G infrastructure.

The model it will take is supply driven, unlike what most players have done in the past where they only invest in network infrastructure if there is demand for its services.

To the government, 5G is vital for digital Malaysia and it hopes to provide connectivity nationwide at reasonable prices to consumers. At the same time, it is creating a new revenue stream for itself by selling network access at wholesale prices to telecoms players.

To do that, the government via the Finance Ministry (most likely via Minister of Finance Inc) will set up a special-purpose vehicle (SPV) that will build, own and maintain the 5G assets, said Communications and Multimedia Commission chairman Dr Fadhlullah Suhaimi Abdul Malek.(pic below) The SPV will then lease out capacity transparently at wholesale prices to all existing and new players that want to offer 5G services in the country. He did say that “the cost of awarding the spectrum will not be high so as not to pass on the cost to consumers.”

“Investing into 5G will cost between 25% and 75% more than 4G. By having multiple 5G networks, it will take a longer time for return on investments. So, with all the different deployment scenarios, (we believe) deploying 5G needs a new approach. (Hence, the single-entity approach is taken), ” he said.

But not all market players are in sync with this new change.

“We are surprised that the government is deploying 5G by itself. This is rarely seen anywhere in the world and certainly not a tested model. The hopes of all players for a 5G licence for future growth is also dashed, ’’ said an industry executive. However, some analysts believe that by setting up a single entity, the burden of huge capital expenditure outlay is now removed from the telecoms players but something the SPV will have to bear.

Fadhlullah, when asked, could not say how the SPV will fund the entire 5G rollout.

But the SPV will use existing infrastructure and work with some players for fibre optic and towers. He said it will work with TIME Dotcom Bhd

and others for fibre optic, and with edotco and others for tower capacity in some areas. For new rollouts, it will be entirely done by the SPV.

“It is a single agency and it will have to provide the right level of redundancies too, ’’ he said. 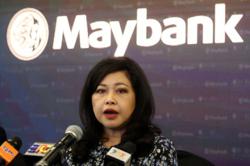