On the right footing 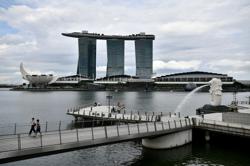 SINGAPORE: Singapore’s progressive wage model is a sustainable one which has worked well, said Deputy Prime Minister Heng Swee Keat, in highlighting the importance of getting various parties to work together to roll it out to more sectors.

He was speaking during a panel on the Budget, in response to a union leader’s wish for the model – which sets out a wage ladder and training requirements for lower-paid workers at different skill levels – to be put in place across other industries more quickly.

“We can get everyone, companies, workers, the unions, the Singapore National Employers Federation to all work together so that we can make the change, ” said Heng to fellow panellist K. Thanaletchimi on the one-hour Channel 5 programme on Sunday.

The model will be discussed in detail during the debate on the ministries’ budgets, he added.

It is currently mandatory in the cleaning, landscaping and security sectors, covering some 80,000 workers, and will be extended to the lift and escalator maintenance sector next year. The labour movement has been pushing to expand the model to more sectors.

Heng noted that helping workers move into new jobs is a major part of this year’s Budget, especially as the global economy evolves and jobs change.

Emphasising the Budget’s objective on helping Singapore emerge stronger from the Covid-19 crisis, he said the Jobs Growth Incentive – which he has committed S$5.2 billion to this year – is part of efforts to help businesses transform, noting that a productive new hire could add to the company’s revenue and justify the hiring.

“We are using this time to really accelerate that hiring so that companies which have confidence that (they) can continue growing can hire and their growth is not impeded during these next few months, ” he said.

Some S$24 billion will be allocated over the next three years to accelerate economic transformation, by supporting firms and workers.

Heng also highlighted how workers will be given support to take on jobs in growth areas like the urban solutions and sustainability sector – one of the areas of focus in Singapore’s Research, Innovation and Enterprise 2025 plan.

There are many green shoots in research and development in this sector, he said, adding that some of Singapore’s companies are doing well in areas such as carbon sequestration and reducing waste.

“If Singapore can do it, the solutions that we find will also be valuable to many cities around the world, ” he said. “And in that way, it can keep our businesses and workers competitive.”

During the programme, Heng also discussed support for households and more vulnerable groups.

Addressing concerns about support for employees’ mental well-being, he said there are work groups tackling the issues of mental wellness among groups like workers and students.

“I hope that employers can play a more proactive role to ensure the mental well-being of our workers, ” he said, urging Singaporeans to come together to see how the problems can be addressed. — The Straits Times/ANN 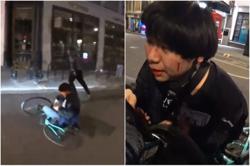 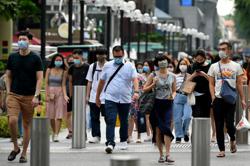