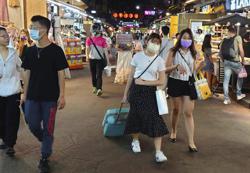 “Our Taiwan’s unit benefited from the pick-up in volume in the semiconductor space due to higher demand and strong orders from one of our customers’ advanced nodes’ chips," Frontken said.

, which provides support services to the semiconductor industry, posted a record net profit of RM23.29mil in the fourth quarter ended Dec 31,2020, rising on the strong demand for chips.

It rewarded shareholders with a dividend of 2.8 sen a share compared with 1.5 sen a year ago.

Frontken said the higher revenue was due to its subsidiaries in Taiwan, Malaysia and the Philippines.

“Our Taiwan’s unit benefited from the pick-up in volume in the semiconductor space due to higher demand and strong orders from one of our customers’ advanced nodes’ chips.

“We would have achieved a better quarter but for the decline in our oil and gas divisions in Singapore due mainly to the economic slowdown caused by the pandemic,” it said.

Commenting on its profit, it said the higher earnings was mainly due to improved revenue and better profit margin resulting from the continual efforts to improve efficiency across the group.

Frontken described the 4Q was its “best ever quarter”, more noteworthy in light of the global slowdown caused by the pandemic.

“We were able to achieve this because of the significant profit after-tax improvement of 30.8% from our semiconductor division compared to the preceding year corresponding quarter, ” it said.

The stronger revenue was contributed by the strong performance by its subsidiary in Taiwan.

However, it said group revenue would have been better but for the indirect impact from the pandemic that hit its oil and gas division.

It said the higher net profit due to improved revenue and vigilance in cost management. If it was to exclude the withholding tax imposed on the dividend declared by the group’s subsidiary in Taiwan and the foreign currency exchange impact from the equation, the current year’s net profit would have been 20% better than in FY19.

“As a result of improved revenue and better profit margin, our semi-conductor division achieved a 32.4% improved profit after tax compared to the preceding year corresponding period, ” it said.

Meanwhile, Frontken also announced a bonus issue of up to 526.71 million new shares on the basis of one bonus share for every two held.

It also proposed to issue up to 526.71 million free warrants on the basis of one warrant for every two shares held on the same entitlement date as the proposed bonus issue of shares. 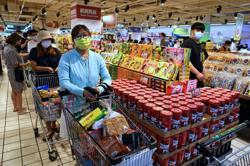 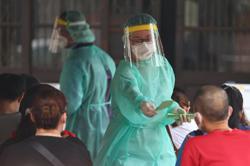