It’s a busy week ahead for economic data, which includes inflation, export, import and trade balance as well as foreign reserve.

The Statistics Department is expected to release the consumer price index (CPI) for January 2021 on Wednesday and trade data on Friday. Bank Negara is due to release its international reserves as at Feb 15 today.

This week is also a busy one for corporate earnings, with most heavyweights scheduled to report how they fared in the last quarter of 2020.

is expected to announce its earnings tomorrow and Telekom Malaysia Bhd

are expected to release their fourth quarter results on Thursday.

and Gas Malaysia are due to announce their quarterly earnings on Friday.

The Reserve Bank Of New Zealand (RBNZ), the Bank of Korea (BoK) and the People’s Bank of China (PBoC) are scheduled to meet this week to review their monetary policy.

ING said all are expected to leave interest rates on hold. It noted that PBoC has not touched the one-year and five-year Loan Prime Rate (LPR) since April last year. ING said there was “no reason for it to disturb policy” now given that the recovery is coming along nicely.

The renewed threat to the economy from the pandemic may instil some interest in the other two central bank meetings.

According to a Bloomberg poll, it is a unanimous agreement among all the 20 economists polled for the 1-year LPR and the 5-year LPR fixings to be unchanged at 3.85% and

It noted that China had said that there will be “no sudden U-turn” of policy operations though emphasising that monetary policy will be more flexible and despite the draining of liquidity from the system.

UOB said there remains the need to maintain targeted support for key sectors and weaker parts of the economy given an expected easing of fiscal support, risk from rising bond defaults and Covid-19 uncertainty.

As such, UOB maintained its forecast for LPRto be unchanged for the rest of 2021.

Meanwhile, according to a Bloomberg survey, all four economists polled expect BoK to keep its policy rate unchanged at 0.5%.

BoK kept its benchmark base rate unchanged at 0.50% in January.

It is also a unanimous agreement among the 13 economists polled for the RBNZ to keep its official cash rate unchanged at 0.5% in February.

India is expected to announce its gross domestic product (GDP) on Friday.

It said this stems from firmer manufacturing growth complementing the seasonal agriculture strength in the fourth quarter, though domestic demand remained under pressure from the virus.

Federal Reserve Chairman Jerome Powell (pic below) is scheduled to testify first to the Senate Committee on Banking, Housing, and Urban Affairs tomorrow and then to the House Committee on Financial Services on Wednesday. 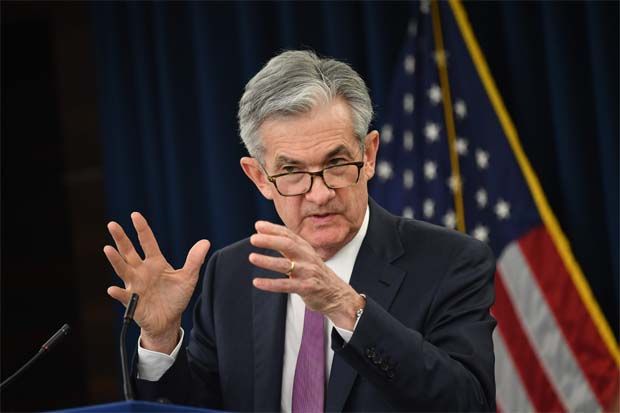 ING noted that this is a big one as it is tied to the publication of the Federal Reserve’s semi-annual monetary policy report so there should in theory be substantive guidance on how the Fed is seeing the path of monetary policy developing.