after having reflected the impact of an ongoing private placement and acquisition.

Taking also into consideration the sustained appetite for glove-related stocks, the research raised its fair value by 6% to 84 sen from 79 sen based on 14x revised forecast FY21, which is at 2x multiple-premium to its average historical forward price-earnings of 12x.

"We are reflecting in our forecasts the ongoing private placement and acquisition Luxchem first announced in December 2020, as thus far Luxchem has already placed out 70.8mil new shares at RM0.71/share, while the acquisition is pending approval from its shareholders and creditors," it said.

The research house said the company has shrugged off the pandemic with demand for chemical products recovering as economies reopen.

It added that demand for personal protective equipment such as gloves will continue to drive Luxchem's latex and nitrile processing/compounding businesses, of which it is expanding via capacity expansion and acquisition. 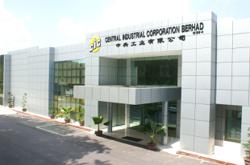