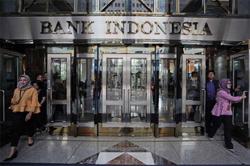 JAKARTA: Indonesia’s central bank is seen trimming its benchmark rate for the first time this year on Thursday, on top of the five rate cuts it has delivered since the start of the coronavirus pandemic, according to a majority of analysts in a Reuters poll.

Bank Indonesia (BI) will cut the seven-day reverse repurchase rate by 25 basis points (bps) to 3.50%, the lowest since the central bank began using the instrument as its main policy rate in 2016,21 of 30 analysts in the poll predicted.Nine others expected BI to stand pat.

Governor Perry Warjiyo last week told parliament BI had room for further rate cuts, saying the GDP data showed economic recovery has been slower than BI had anticipated and inflation has been below target.

“On balance, with inflation likely to remain benign and growth recovery still uncertain, we still see room for a final 25 bps cut by BI especially if IDR sustains its recent appreciation trend, ” said Enrico Tanuwidjaja, an economist with UOB.BI last year cut interest rates by a cumulative 125 bps, pumped some US$50bil of liquidity into the financial markets, including by buying government bonds directly, and relaxed lending rules to help the resource-rich country rebound from the coronavirus-induced recession.

Warjiyo has pledged to use all policy instruments to boost economic recovery, but BI had had to hold rates unchanged during bouts of market volatility pressuring the rupiah.

This year, the rupiah has gained nearly 1% against the dollar. It was up 0.43% yesterday after Indonesia reported a US$2bil trade surplus in January, bigger than expected.

The January inflation rate was 1.55%, below BI’s 2% to 4% target range. BI officials have said they expect inflation to rise to within target this year. BI previously said it expected a GDP growth within the range of 4.8% to 5.8% in 2021. — Reuters 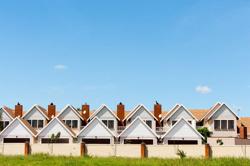