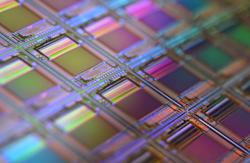 Silicon wafers are the fundamental building material for semiconductors, which, in turn, are vital components of virtually all electronics goods.

The SEMI Silicon Manufacturers Group reported on Tuesday despite the rebound in the shipments from 11,810 MSI shipped in 2019, recovering close to the historic high set in 2018.

However, revenue for last year remained flat at US$11.17bil when compared with 2019.

“The 2020 silicon wafer shipment growth was driven by healthy 300mm demand and a strong second half of 2020 despite disruptions to the semiconductor industry caused by Covid-19,” said Neil Weaver, chairman of SEMI.

SEMI describes silicon wafers as the fundamental building material for semiconductors, which, in turn, are vital components of virtually all electronics goods, including computers, telecommunications products, and consumer electronics.

The highly engineered thin, round disks are produced in various diameters – from one inch to 12 inches – and serve as the substrate material on which most semiconductor devices, or chips, are fabricated.

Recently, North America-based manufacturers of semiconductor equipment recorded US$2.68bil in billings worldwide in December 2020, which was higher from November’s billings of US$2.61bil.

SEMI said the December billings, which was a three-month average basis, was also 7.6% higher than the December 2019 billings of US$2.5bil. 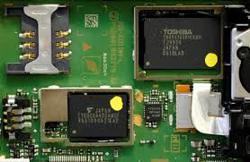