Speaking at the virtually-held 39th World Customs Day celebration today, he said the achievement was proof of the RMCD’s excellent stature as one of the nation’s topmost revenue collection agency.

"Apart from improving the quality and integrity in the service, Customs staff should also be prepared to adapt to changes, including strengthening technological mastery and strengthening compliance with new norm practices to ensure that RMCD’s role remains relevant," he said.

Among the leakages detected were tax evasion from the seizure of various goods, other revenues such as settlement of Accounts Receivable -- covering collection, remission, cancellation as well as adjustments and claims bills issued by the department’s Compliance Division, he said.

For cases involving liquor and beer, Abdul Latif said RMCD recorded 738 cases with the seizure of an estimated 1.74 million litres worth RM22.36 million, involving duty or tax of RM45.24 million.

On cases involving the Convention on International Trade in Endangered Species of Wild Fauna and Flora agreement, he said red sandalwood was one of the biggest commodities seized by RMCD in 2020 at 24,786 kilogrammes, worth an estimated RM7.8 million. - Bernama 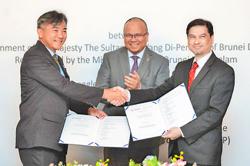