NEW YORK: Morgan Stanley and Goldman Sachs Group Inc investment bankers are getting the biggest bonus bumps among peers in Asia after revenue from the region climbed by about a third on increased deal flows.

The total compensation for Morgan Stanley’s investment bankers in Asia was boosted by about 20%, while at Goldman Sachs it will rise around 15%, sources said.

The numbers for UBS Group AG in the region rose about 10%, while at JPMorgan Chase & Co and Citigroup Inc, they climbed about 6% and 3%, respectively.

Wall Street firms generated record investment banking revenue in the region as fiscal and monetary stimulus in the wake of the pandemic helped stoke stock and bond sales and trading. Cash has been pouring into China at a record clip as the Communist Party-ruled nation was able to control the virus and, unlike other major economies, eke out an expansion. More hiring of senior bankers and an increased headcount could also have raised the overall bonus pools, the people said.

Bonuses for individual bankers would vary widely, with better payouts for those focusing on equity capital markets, health care and technology deals, the sources said.

Total compensation for equities, fixed income sales and trading at Morgan Stanley also rose about 20%, propelled by rising institutional client flows and a refocus on its rates, currencies and commodities trading in the region, a source said.

The pool earmarked for UBS’ global market division in Asia is likely to rise about 15%. Bonuses at the Swiss bank will be announced internally before the Chinese New Year next month.

Average fees on deals for most global banks improved from the prior year, data complied by Bloomberg show.

Morgan Stanley has been the top Asia-Pacific equities arranger since 2017. The firm’s regional revenue rose 32% to US$6.75bil, according to its earnings report.

Morgan Stanley also boosted the compensation of its chief executive officer, James Gorman, by 22% to US$33mil last year as the bank posted its third consecutive year of record earnings.

Goldman bounced back to second in equity underwriting in Asia-Pacific in 2020 from seventh the year before.

Its revenue in Asia rose 33% to US$6.2bil, while its global investment-banking revenue climbed 27% as fees from equity underwriting nearly tripled.

On merger advisory, Morgan Stanley and Goldman also topped the league table across Asia, with 16% and 14% market share respectively, according to Bloomberg data.

A Citigroup’s spokesman in Hong Kong said the firm had a record year for investment banking revenues in Asia, with a 16% increase.

Even so, globally, the biggest US lenders are tempering expectations for employee payouts as workers across the world are reeling from the pandemic.

Bank of America Corp’s plan to keep the bonus pool for sales and trading unchanged at last year’s level has disappointed some staff. Citigroup will leave the overall pot unchanged for equities, while boosting it for bond traders by at least 10%. More generous increases approaching 20% are under discussion at JPMorgan and Goldman, sources said in December.

Citigroup Inc board is weighing a decision to reduce bonuses for a dozen of its top executives in its 15-member management team in an effort to appease regulators after it was dinged for failing to properly maintain risk management and internal systems, a source said. — Bloomberg 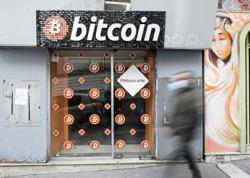