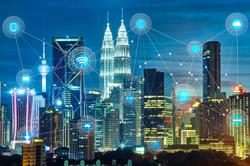 KUALA LUMPUR: The country’s digital network has been redesigned to cater to new demands from Internet and mobile data users during the Movement Control Order (MCO) period, said the Malaysian Communications and Multimedia Commission (MCMC).

Its chairman, Dr Fadhlullah Suhaimi Abdul Malek, said to-date, the network has been stabilised since the majority of people are working from home and students are participating in home-based learning sessions.

"We did a survey for roughly about two months after MCO 1.0 started in March 2020, and it showed an increase in Internet traffic by more than 30 per cent.

Therefore, he advised people who work at home and have their children in home-based learning to use fixed broadband Internet compared to mobile data networks for better connections.

"I would like to impress on people that when you work at home, please use fixed broadband services coupled with WiFi at your home, which allows you to move from the front of the house to the back of the house," he added.

Meanwhile, in The Nation programme, Fadhlullah said the fiberisation process is crucial in order to provide a future-proof network.

Fadhlullah said that leaves 40 per cent more to be done over the next four years.

"In the last four months, we have ramped up by 400,000 premises, and this year we are targeting another 1.2 million premises.

"Our target is to fiberise a total of 7.5 million premises by the end of next year, which will account for 85 per cent of the premises," he added.

He said it is a long-haul process and the spectrum itself is limited.

"So we will be upgrading in order to catch up all the time; and if we get it right, at least the infrastructure level will be closer to what we are seeing in South Korea or Singapore," he added.

Asked on those who criticised the plan, he said he would not say whether the plan is good or bad, only that it is based on evidence and is data-driven.

"As with all plans, until the outcome is seen, there will always be naysayers. For me today, I’d have to take the good, the bad and the ugly,” he said.

Jendela, which is being implemented in two phases, aims to provide all Malaysians with quality access to digital connectivity nationwide.

Phase 1 (2020 to 2022) involves increasing 4G mobile coverage from 91.8 per cent to 96.9 per cent in populated areas, boosting mobile broadband speeds from 25Mbps to 35Mbps, and enabling up to 7.5 million premises gigabit speed fixed line broadband. This concerns the gradual retirement of 3G networks by end-2021.

Phase 2 (2022 and beyond) involves utilising fixed wireless access and other fit-for-purpose technologies to address further gaps in the digital divide as well as 5G planning and priming for infrastructure to be 5G-ready. - Bernama 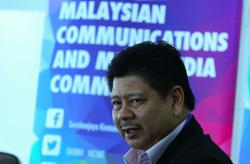