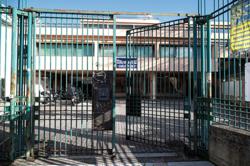 Battered finances: A file picture showing a tourist guide giving a virtual tour at the Colosseum one day before the country goes back into lockdown. The Italian economy may expand as little as 4.5% in its worst-case scenario. — Reuters

ROME: The Italian Treasury is starting to factor in a bigger hit to the country’s battered public finances this year as another extended lockdown holds back the recovery, according to a senior government official.

Treasury models suggest the budget deficit may reach as much as 9.2% of output this year, the official said.

The government is also looking at a deteriorating outlook for growth and could see the economy expand as little as 4.5% in its worst-case scenario, according to the official.

The government recently said the deficit would run to 8.8% and, in October, forecast growth of 6% for this year, banking on European Union (EU) recovery funds to help activity rebound after a hammering in 2020. Under the bleaker picture set out by the official, who asked not to be named, government debt is also set to end the year higher than forecast, at 158.5% of output instead of the 155.6% projection published in October.

To make matters worse, Prime Minister Giuseppe Conte is under pressure to resign to avoid a damaging defeat in the Senate this week following the defection of a coalition ally.

Conte may have more chance of salvaging his premiership if he appeals to President Sergio Mattarella for a mandate to form a new coalition without first suffering a reversal in the upper house.

Conte and his allies are manoeuvring to avert a snap election which could see the right eurosceptic opposition led by the populist Matteo Salvini take power.

The prospect of spiralling borrowing and political instability in a country that is already the EU’s problem child is likely to prompt despair in Brussels and Frankfurt, where officials spent much of 2020 unlocking fiscal and monetary aid to help Italy and countries similarly crippled by the coronavirus pandemic.

Despite hundreds of billions of euros in bond-buying and emergency funds, the government will have to keep pumping money into the economy to keep it afloat and the situation could prove even worse that the Treasury’s models suggest.

The Bank of Italy sees output growing at around 3.5% this year.

Last week, the parliament backed plans for €32bil (US$39bil) in extra spending, the fifth such measure since the start of the pandemic, and Finance Minister Roberto Gualtieri promised it would be the last time he’d appeal for extra borrowing. But limiting spending isn’t an option for Conte’s embattled administration and a new government would be unlikely to have either the appetite or the votes to act any differently.

For now, Italy’s spending is under written by the European Central Bank, which is buying up just about every government bond it can, pushing talk of austerity to repair the country’s broken finances down the line. It’s also making Covid-era debt considerably less expensive to service.

At the same time, Italy is set to receive as much as €209bil in grants and loans from the EU Recovery Fund in the coming years, which analysts and finance ministry officials say will help boost growth and keep the country’s finances under control.

The concern in government circles is whether the support from EU institutions will remain in place long enough for them to place their finances back on a sustainable footing. ‑— Bloomberg 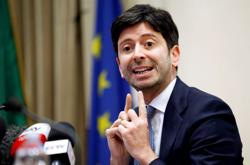 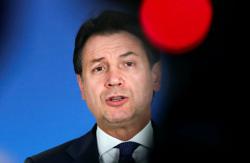