The plan would raise the global competitiveness of the manufacturing sector and maintain its share of about 20% of Singapore’s gross domestic product (GDP), Chan said.

To achieve this, more Singaporeans would have to work in manufacturing as the proportion of low-wage foreign workers is reduced, he added.

Speaking to the media after a visit to precision engineering company Univac, Chan said the Covid-19 pandemic has underscored the importance of the sector to Singapore’s economy. “In a Covid and a post-Covid world, having a more diversified economy is important for us, ” he said.

The manufacturing sector contributes about 21%, or around S$106bil of the total GDP, hiring some 450,000 workers, or around 12% of the workforce.

Last year, the sector expanded for six consecutive months from July to December, and experts have said the manufacturing sector will continue to be a key driver of Singapore’s economic growth this year.

Chan noted that the performance of the biomedical electronics and precision engineering sub-sectors were bright spots last year, due to increased demand for their products during the height of the pandemic.

It would also become increasingly important for Singapore to have unique capabilities and products that cannot be found elsewhere, he added.

“In the fight against Covid-19, securing essential supplies sometimes became a barter trade, and may continue to be so as we see global supply chains continue to be disrupted, ” he said.

“So whether people will sell us things or not, very often also depends on whether we have things that other people value that they want to obtain, beyond just an issue of whether people are willing to pay the price for it, ” he added.

Chan noted the 2030 goal would require the sector to grow by around 50% in the next decade, which is the same pace of growth as the last 10 years.

It is an ambitious target considering that it would become harder to use foreign labour to supplement the Singaporean workforce, he said, adding that the manufacturing workforce would continue to make up around 12% to 15% of the total Singapore workforce, but with higher-skilled roles.

For the sector to achieve the 2030 goal, it would have to develop its competitiveness through its ability to innovate quickly and produce higher value products, not through lowering the cost of production or labour, he said.

In response to a question on the relevance of the Industry Transformation Maps (ITMs) with the new 2030 goal, Chan said the ITMs would continue to exist as more targeted strategies for specific sub-sectors.

Since it was announced in 2016 as part of a S$4.5bil programme, there have been 23 ITMs, including those for five manufacturing sub-sectors: energy and chemicals, precision engineering, marine and offshore, aerospace and electronics. — The Straits Times/ANN 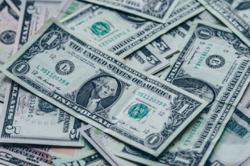