The question is, will China’s economic recovery prevail amid the dire global landscape?

Yet in the light of the lockdowns in multiple major countries and the number of global cumulative cases close to 100 million, the number of cases in China remains marginal.

A year ago, China became the first major economy to mobilise resources to contain the outbreak. Unlike other major economies, China has managed to largely contain the virus. Its economy has rebounded. And recovery has picked up pace.

The question is, will China’s economic recovery prevail amid the dire global landscape?

Global prospects depend on vaccination progress

With the Spring Festival holiday just about three weeks away, China’s public health authorities believe a major resurgence of the novel coronavirus on the Chinese mainland is unlikely.

However, as the Covid-19 pandemic is running almost out of control in several major economies, international risks associated with the pandemic and external demand are a very different story.

In 2021, global economic prospects will be contingent on the pandemic cycle and the progress of vaccination progress.

Already variants of the virus, identified in the United Kingdom, Brazil, South Africa, and California in the United States, have shown to be more transmissible. New adverse mutations loom on the horizon.

As the World Health Organisation recently cautioned, the first half of 2021 may be tougher than 2020, at least in the US, Western Europe and even Japan.

From China’s perspective, such downside risks permit no complacency in the foreseeable future in terms of both imported infections and local transmissions.

As long as risks remain, a precarious balancing act is warranted between public health security and growth-facilitating economic openness.

In 2020, China was the only major economy to achieve positive economic growth. Amid the pandemic and perhaps the severest economic contraction in modern history, China’s real GDP growth of 2.3% exceeded expectations.

China’s performance relied on fiscal and monetary support, but as recovery is accelerating, a new round of monetary easing no longer seems warranted.

In fact, at the mid-December Central Economic Work Conference, the top authorities took note of the economic success while stressing the need to further reinforce the foundations of recovery.

Although consumption is still con strained by labor market recovery, recovery is accelerating. And investment is likely to be buoyed by government-financed infrastructure projects and solid performance in the property market.

In November, the indexes for manufacturing, service, trade and consumption were encouraging. Growth in the fourth quarter of last year rose to 6.5% year-on-year as consumers returned to malls, restaurants and cinemas.

According to the National Bureau of Statistics, both production and demand indicate the economy is “recovering steadily”, signaling across-the-board recovery.

As a result, the yuan has surged in strength against the US dollar and other major currencies, which could foster Chinese companies’ merger activities.

The rapid recovery has also brought China’s economy closer to the US economic output, which it could surpass by the late 2020s.

China has taken many policy steps, including the implementation of the Foreign Investment Law, to further open up its economy.

And despite the Sino-US tensions, foreign companies continue to pour money into China－in real terms, inbound foreign direct investment in China hit a record high of 999.98 billion yuan (US$144.37bil) in 2020.

In November, China signed the Regional Comprehensive Economic Partnership agreement with the 10 Asean member states, and Japan, the Republic of Korea, Australia and New Zealand, which will facilitate regional trade and boost the economic recovery of the participating countries and the region.

Also, despite the Donald Trump-triggered tariff war, the impressive increase in China’s exports pushed the trade surplus to a record high in December, with soaring demand for medical and other products needed to fight the pandemic, especially medical equipment and work-from-home technology.

Thanks to the effective containment of the epidemic by the end of the second quarter, Chinese factories could respond to the global demand for such products and services, while other countries struggled with quarantines and lockdowns.

Besides, the Trump administration’s measures to delist Chinese companies from the US stock exchanges and prohibit US investment in Chinese companies have failed to halt, let alone reverse, the trend of deeper financial integration between the Chinese and US economies.

China’s regulatory reforms have opened up its financial markets to many foreign financial institutions, including those in the US.

As a result, foreign ownership of onshore Chinese stocks and bonds is likely to grow in 2021.

Despite rising protectionism, US tariff wars, the Covid-19 pandemic and the consequent global economic recession, China has persisted in its quest for opening-up, which has had positive spillover effects on global economic recovery.

Focused on strengthening the social safety net and advancing key reforms, China will continue to foster its recovery and try to ensure balanced, high-quality growth. Which will benefit both China and the world.

In December, the Organisation for Economic Co-operation and Development forecast that global GDP will reach the pre-pandemic level by the end of 2021, and China will account for over one-third of world economic expansion.

That contribution is critical, due to the devastating global economic contraction and the lingering damage in lost lives and economic suffering. — China Daily/ANN

Dan Steinbock is the founder of Difference Group and has served at the India, China and America Institute (USA), Shanghai Institutes for International Studies (China) and the EU Centre (Singapore). The views expressed here are the writer’s own. 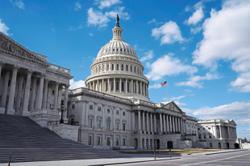