Tough times: The headquarters of ECB in Frankfurt. The ECB has warned that the eurozone is headed for a double-dip recession while across the English Channel, Britain is bracing for a third lockdown that looks set to endure until summer. — Reuters

EUROPEAN leaders painted a bleak picture of the continent’s health emergency, warning that mutant coronavirus strains will result in longer and potentially stricter lockdowns with no clear sense of when they may end.

Governments across the European Union (EU) are grappling again with rising numbers of infections and deaths, and leaders used a video call to demand drug companies ramp up vaccine production and meet their commitments for delivering Covid-19 shots. They also renewed pleas for citizens to avoid non-essential travel both within and across the bloc’s borders.

Despite the optimism prompted by the start of the vaccine rollout, new, more infectious mutations of the virus are dashing hopes of a quick recovery. The European Central Bank on Thursday warned that the eurozone is headed for a double-dip recession while across the English Channel, Britain is bracing for a third lockdown that looks set to endure until summer.

Britain, where the virulent strain first emerged, is considering making £500 (US$683) payments to everyone who tests positive for Covid, in order to persuade more people with symptoms to come forward for testing, the Guardian newspaper reported on Thursday.

The policy, which would cost about £2bil a month, would be designed to overcome people’s fear of losing income if forced to self-isolate by a positive test, the paper said, citing a document dated Jan 19.

European officials want to stem the tide of a virus variant first identified in the UK and are worried about similar strains cropping up elsewhere.

“We are aware of just how serious the situation is and just how essential it is to take restrictive measures that need to be maintained, and in certain cases adapted and even strengthened, ” European Council President Charles Michel told reporters in Brussels after the meeting late Thursday.

But the summit made no formal decisions and there was no consensus on introducing vaccination targets or blanket restrictions on the movement of people.

With the virus killing more than 400,000 people in the EU since the spring of 2020 and hobbling the European economy, the bloc is counting on shots developed by various western drugmakers to finally tame the pandemic. Yet it’s lagging the UK and US in getting people vaccinated and struggling to coordinate moves to step up testing and inoculations.

German Chancellor Angela Merkel warned her 26 counterparts that the bloc risks a dramatic rise in infections if mutated strains of the illness emanating from the UK and South Africa aren’t contained, according to people familiar with her remarks. Helge Braun, her chief of staff, warned late Thursday on German television that if faster-spreading variants take hold in Europe’s biggest economy it will be “extremely difficult” to control them.

Von der Leyen’s remarks were given added resonance by Irish Prime Minister Micheal Martin, who told the summit that his country was hit by a perfect storm after allowing the reopening of non-essential stores and restaurants as people brought in the disease from Britain.

Von der Leyen also told the leaders that AstraZeneca Plc’s vaccine is expected to get conditional market authorisation at the end of next week, with deliveries possibly starting in mid-February, the people said, asking not to be named discussing a private meeting.

She added that Johnson & Johnson is expected to apply for market authorisation for its vaccine in mid-February. And if it receives the green light in early March, then deliveries can start at the end of March or early April.

While Michel highlighted the need to accelerate the vaccination programme, there was no agreement to adopt the commission’s proposed target of inoculating 70% of adults by the summer. Nor were there formal restrictions on travel.

“All non-essential travel should be strongly discouraged both within the country and of course across borders, ” von der Leyen told reporters after the call.

French President Emmanuel Macron sounded another note of concern, telling leaders they shouldn’t assume the vaccines will prove effective in the long run, according to the people. France reported more than 20,000 new Covid-19 cases for the third straight day on Thursday. 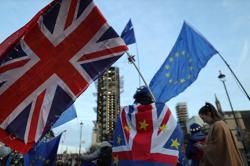