ALL eyes were on the Malaysian Economic and Rakyat’s Protection Assistance Package (Permai) in the week following the announcement of the movement control order 2.0 (MCO 2.0).

The government’s assistance package, the seventh economic stimulus that had been announced since Covid-19 begun, is expected to sustain the areas of the economy that continue to be battered from the after-effects of the pandemic.

But the saving grace this time around is that the country is facing the renewed spread of the pandemic on a stronger economic footing.

This is because Malaysia, being a commodity-based country has had oil prices moving in its favour.

Oil prices have seen a quiet recovery and they are at a stronger level than when the first MCO started in March last year. Silver lining:Samples for coronavirus testing being examined at a screening facility. The saving grace this time around is that the country is facing the renewed spread of the pandemic on a stronger economic footing

The same can also be said for the palm oil industry as companies in this sector have benefited from stronger crude palm oil (CPO) prices compared with March 2020.

This is probably why Finance Minister Tengku Datuk Seri Zafrul Abdul Aziz maintained the government’s GDP growth projection of 6.5% to 7.5% for this year, noting in his interview with Bloomberg that the GDP growth would now be at the lower end of forecasts.

“Our forecast is at risk given the MCO, ” Tengku Zafrul says.

He was reported as saying that the country was expected to lose RM600mil daily from MCO 2.0, compared with RM2.4bil daily in March until May 2020.

MCO 2.0 is seeing more industries being categorised as essential and they are the manufacturing, construction, services, trade and distribution, as well as plantations and commodities.

The semblance of confidence should also be tempered with prudent cautiousness as there are many changing variables that could manifest in the days or weeks ahead.

“The recovery in commodity prices especially in crude oil is in a way credit-positive for Malaysia and this is also one of the factors that underpins the strength of the ringgit. Note that the US dollar weakness is a global trend. “Even though the ringgit had appreciated, but on a trade weighted basis, there has been a depreciation of the ringgit.

“This is reflective of the recession, ” Professor of Economics at Sunway University Business School Dr Yeah Kim Leng tells StarBizWeek.

At this juncture, experts say economic aid are crucial to sustain the country and keep it moving along while the main priority for the government should now be putting all available resources into suppressing the infection rate.

“Of critical concern is the ability of the government and relevant authorities to quickly reduce the very high infection rate since Malaysia is among the badly-affected countries at this moment, ” Yeah says.

There is a hope of a potential sharp rebound of economic activity in the second quarter of 2021 and this could happen if the government, health authorities and enforcement agencies, together with the people, can see the urgency in reducing the infection rate.

“Being able to suppress the pandemic will ensure consumer and business confidence is sustained in the future. Once the pandemic is under control, we can then see some release of pent-up demand from spending by the M40 and T20 groups that have not been spending due to the MCO and economic uncertainties, ” Yeah (pic below) adds.

A firmer resolve to suppress the Covid-19 pandemic can reduce risk aversion moving forward and with the implementation of the latest round of stimulus package, the recovery can be entrenched further.There was optimism by several research houses over the week that Permai would not lead to concerns on the government’s fiscal position. “We believe the government has sufficient room to manoeuvre within the scope of Budget 2021 and the budget deficit of 5.4% of GDP to accommodate the additional spending. Moreover, if current global oil prices persist at US$56 per barrel (compared with Budget 2021’s assumption of US$42 per barrel), we estimate the government could collect additional oil-related revenue of about RM4bil, assuming a sensitivity of RM300mil per US$1 per barrel.

“As such, we do not expect Permai to lead to concerns about the government’s fiscal position. We believe the scope for significant fiscal expansion may be constrained by the government’s debt ceiling and concerns over potential sovereign ratings action, ” the research house adds.

Reports quoted Tengku Zafrul as saying that the fiscal deficit projection has not changed from 5.4% even as the government has allocated RM15bil with an additional fiscal injection of RM6.6bil through Permai.

Yeah tempered this optimism with some cautiousness noting the increase in debt levels although it is manageable at this stage.

“There are some concerns of further downgrades by the rating agencies as the fiscal metrics has weakened. Standard & Poor’s (S&P) has put Malaysia on a negative outlook and the next review is not up until the middle of this year. “While Moody’s gave Malaysia a stable outlook and this will be reviewed in December.

“The concern is that S&P may see the weakened debt metric and this may trigger a downgrade, ” he adds.This is why it is important for everyone to fight the pandemic with resolve to ensure the country’s economic viability moving forward. “Permai provides a relief and whether a bigger package is needed will depend on the duration of the MCO, ” Yeah says.

In a similar vein, senior economist and Socio-Economic Research Centre’s executive director Lee Heng Guie says the shape of the country’s economic growth in 2021 is dependent on the development of infection cases and the eventual success of the vaccination programme.

It would also depend on the effective implementation of Budget 2021’s spending programmes and cash assistance, consumer and business confidence as well as the economic performance of Malaysia’s major trading partners.

“Although MCO 2.0 is less restrictive compared with MCO 1.0 in terms of economic activities that can operate, it would still result in some loss in output and demand. 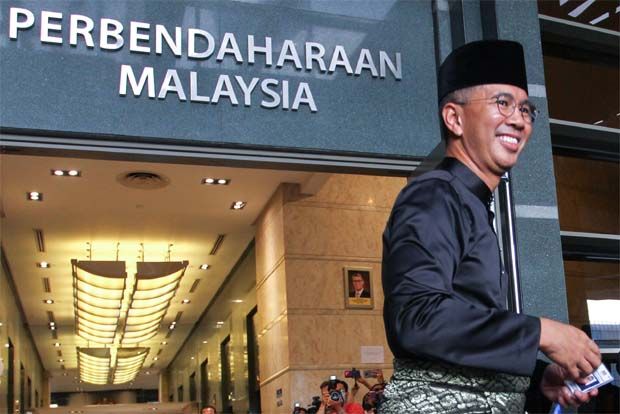 The travel, tourism, aviation and retail sectors would have to endure a harder challenge this time around due to the restricted inter-state travel and reduced footfall in the shopping malls as well as the no dine-in policy at restaurants.

“The RM15bil, of which RM6.6bil is from direct fiscal injection, is not a new allocation. It is a reprioritisation of the Budget 2021’s allocation, including RM17bil Special Covid-19 Fund based on current priorities, ” Lee says.

Meanwhile, some areas of the private sector will have to sacrifice opportunity costs to forego some profitability during this time.

Case in point are the private hospitals. Although the government has earmarked some RM100mil to admit and treat Covid-19 and non-Covid-19 patients, it is not known if the rates would be charged on a commercial rate basis. “The country is facing an existential threat due to public health and the economic crisis. So there is a need for the corporate sector to balance its profits or business concerns with the needs of the country, for example those in the essential industries, ” Yeah says.

“All essential industries need to strike a balance of corporate responsibility to address the needs of the economy and health security needs of the country.”

Yeah suggests that the need to forego some opportunity costs can be cushioned through other means.

“The trade off by the private sector can be made less painful by giving fiscal incentives. Such as lowering the income tax rate for a short period. Or the exemption from the sales and services tax, or allowances from the government to offset the private sector’s burden, ” Yeah says.

“This can be designed in an optimal way so that it is mutually beneficial to all stakeholders.

“We need to practise stakeholder capitalism. Where the needs of all stakeholders from producer to consumer to government are taken care of, ” he adds.

This business-friendly intervention is necessary to ensure the vitality of the economy.

“For the private hospitals, the government can pay an agreed upon rate for the facilities used.

“Also the Permai package provides some allocation to offset, enhance or even increase private hospital’s capacity utilisation so that revenue flow is not really affected, ” he says.

Despite differing views on the magnitude of the latest round of stimulus on the impact to the economy, it is quite clear that continued economic stimulus measures would put a strain on the country’s finances in the longer run.

As such, while the country balances the need to stimulate the economy, it is also equally important that this effort is not gone to waste because the people must follow the necessary guidelines to reduce the infection rate of Covid-19.