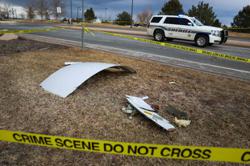 NEW YORK: Dennis Muilenburg, (file pic) the former chief executive officer of Boeing Co who stepped down during the 737 Max crisis, is close to filing for a blank-cheque company, according to people with knowledge of the matter.

Muilenburg, who resigned in 2019 from Boeing’s board and top job, plans to raise about US$200mil in a special purpose acquisition company, one of the people said, asking not to be identified because the matter is private.

The vehicle could file as early as next week, the people said, and will focus on finding targets in futuristic transportation.

Prominent figures from the business, politics and sports worlds have been rushing into the SPAC market since last year partly due to the lucrative payout for managing these vehicles.

The former Boeing chief was ousted in late 2019 after fumbling the planemaker’s response to two deadly 737 Max accidents and their aftermath.

At the aviation titan, Muilenburg was an enthusiastic supporter of autonomous flying vehicles and the air-traffic control technology that would one day allow them to whisk urban commuters over traffic-clogged streets.

Muilenburg surfaced last month as an investor and adviser to Monarch Tractor, a Silicon Valley startup that is developing an all-electric tractor that is “driver optional.”

The engineer by training formed a consulting business last year and is working with about a dozen firms after a 35-year career at Chicago-based Boeing.

Mired in crisis by the 20-month Max grounding and Covid-pandemic, the US manufacturer last year folded its Boeing NeXt venture capital arm.

Under Muilenburg, the unit had pursued joint ventures with the likes of Kitty Hawk, a futuristic aircraft maker backed by Alphabet Inc co-founder Larry Page. — Bloomberg