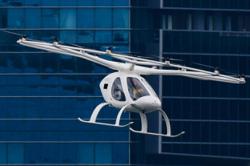 SEOUL: South Korea’s budget airline industry is poised for a seismic change this year, with two new players ready to enter the competition amid a pandemic-induced market consolidation.

Aero K, one of the two, is set to begin operations next month.

“Our first Cheongju-Jeju flight is scheduled on Feb 19 after receiving permission for the route from the Transport Ministry yesterday, ” one Aero K official told The Korea Herald.

Two round-trip Airbus A320 flights between Cheongju Airport and Jeju Airport will take off every day, said the official at the Cheongju, North Chungcheong Province-based airline.

The other new entrant is Air Premia, which according to industry sources is expected to receive an air operators’ certificate and acquire a Boeing 787-9 aircraft sometime next month. The airline declined to give a more detailed timeline for its service commencement.

In March 2019, Air Premia was given a licence to operate domestic air transport services from the Minister of Land, Infrastructure and Transport on condition that it apply for an air operators’ certificate within the next year and have its air travel routes registered within the next two years. The plan, however, could be delayed due to concerns over the coronavirus pandemic, industry sources predicted.

Air Premia has touted itself as a “hybrid service carrier” offering medium- and long-haul flights to Vietnam, Japan and Hong Kong as well as Los Angeles and San Jose, California.

Their entry is expected to add more fuel to the competition in the local budget airline market, where a proposed three-way merger would create a new dominant player.

In the wake of Korean Air’s plan to take over Asiana Airlines, their low-cost affiliates Jin Air, Air Seoul and Air Busan are set to merge. Combined, they will hold a 44% share of the market, pushing the current No 1 Jeju Air to the second spot.

The integration of the three budget airlines is likely to speed up after the Asiana-Korean Air takeover process is finalised in June. Airlines have turned their focus on domestic flights, as international flights have suffered a setback as a result of the virus. ─ The Korea Herald/ANN