Higher demand: A worker excavates anthracite coal from a strip mine in Pennsylvania. Forecasts of rising gas prices in 2021 and 2022 will boost coal demand through next year, though it might not reach 2019 levels. — Reuters

A PERFECT storm of freezing temperatures and a supply-led gas price rally has stoked thermal coal demand, with prices at multi-year highs, reminding power suppliers and consumers that its appeal won’t fade in a straight line.

The northern hemisphere weather has highlighted coal’s relative endurance, some 200 years after it was powering the first Industrial Revolution, even as several countries abandon the fuel to decarbonise and meet climate change targets.

When coal is more competitive than gas, it can encourage switching by power producers.

Coal delivered from the Australian port of Newcastle is almost 25% higher than a year ago, and European coal futures for 2022 are more than 20% higher.

Coal’s current cost benefits may wane when the lightening LNG rally cools with warmer weather. But the efficiency of switching is not lost on companies.

“We are also running our other coal plants at above nameplate capacity, ” JERA spokesman Atsuo Sawaki said. Other power companies said they were doing the same.

The Fukushima nuclear meltdown hangs over the country’s power industry with only three reactors operating a decade after the disaster, contributing to a power squeeze that jolted market prices to a record US$2,400 per megawatt hour by Thursday.

The International Energy Agency (IEA) said in December demand for coal was set to jump 2.6% this year, after last year’s pandemic-led drop, as recovering economies will drive usage for electricity and industrial output.

“Coal is proving highly resilient and while some countries are moving to accelerate retirements of coal plants, overall coal-fired generation in Asia is on an upward trajectory in the next few years, ” said Alex Whitworth, research director at consultancy Wood Mackenzie.

“Power shortages and incredibly high spot gas prices this winter are reminding governments, businesses and consumers of the importance of coal, ” he said.

Coal is the most polluting energy source if emissions are not captured and stored underground.

While that technology lags, most coal units around the world produce not only carbon dioxide emissions, responsible for global warming, but other pollutants harmful to human health.

Investors are withdrawing from fossil fuel companies, concerned about stranded assets due to tougher emissions targets and cheaper renewable energy.

US and European coal sectors have been in decline for around a decade due to competition from cheap and abundant gas plus subsidised solar and wind energy, along with rising public concern over coal’s contribution to climate change.

Many experts agree coal is in terminal decline but forecasts on peak demand can vary. The IEA, for example, says global demand likely peaked in 2013, despite a forecast rebound this year.

But China remains a dominant market. The world’s biggest coal importer added 11.4 gigawatts of coal-fired capacity in the first half of 2020, more than the amount built anywhere else.

Coal still accounts for 60% of power supply and nearly 250 GW of coal-fired plants are under development, enough to power Germany.

Chinese coal imports tripled last month from November, as Beijing relaxed import restrictions to meet demand for heating during what is turning into a record cold winter.

Domestic prices have surged to the highest in nearly a decade as industrial activity bounced back after the coronavirus pandemic was contained there.

India has plans to boost coal output to reduce dependence on imports but inflows are likely to see robust growth this year, said ING Research.

Forecasts of rising gas prices in 2021 and 2022 will boost coal demand through next year, though it might not reach 2019 levels, said Linda Capuano, administrator of the US Energy Information Administration (EIA).

“2021 may be coal’s last hurrah of demand. Gas-to-coal switching and recovering power demand in the US will increase the call on coal supply in 2021, but financially distressed US coal producers will find it challenging to adequately ramp up supply, ” said S&P Global Platts Analytics.

In Europe, coal is playing a less important role than several years ago, and some countries, including Germany, Spain, the Netherlands, Britain and Portugal, plan to phase out coal on differing timelines up to 2040.

Nina Chestney, Aaron Sheldrick and Scott DiSavino write for Reuters. Views expressed are the writers’ own. 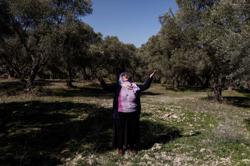