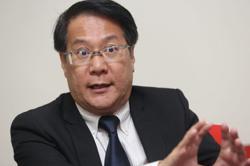 At RM490mil, the orderbook exceeded last year’s record of RM386mil, it said in a statement on Monday, as the strong orders were due to the recovery in the semiconductor industry.

’s orderbook has rise to a record RM490mil with new contracts valued at RM118mil which were secured in the fourth quarter of 2020.

At RM490mil, the orderbook exceeded last year’s record of RM386mil, it said in a statement on Monday, as the strong orders were due to the recovery in the semiconductor industry.

Kelington said most of the new orders secured were from the ultra-high purity segment, which accounted for about 60% of the total, from China, Malaysia and Singapore. More than one-third of new orders secured was awarded by the largest semiconductor foundry company in China.

Its CEO Raymond Gan said the company remained resilient during the unprecedented year supported by a strong pipeline of project orders.

“The recovery of the semiconductor industry has been encouraging, and we are seeing resumption of project orders from Malaysia and Singapore for our UHP and process engineering division.

“Despite the fluid economic landscape, our project flow from China was doing relatively well, and contributed approximately 35% of total new orders secured in 4Q2020, as our major semiconductor client continues to expand its operations, ” he said.

Gan said Kelington was positive the upward momentum will continue in 2021 as semiconductor and electrical and electronic industry players are gradually ramping up their operations to get back on track for expansion.”

He said its industrial gases operations have normalised with production volume resumed to the previous level.

However, the company was cautiously optimist about the pace of sales orders following the implementation of the second Movement Control Order (MCO 2.0).

“We do not foresee similar decline in demand for our liquid carbon dioxide such like the first MCO as most of our major end-users such as industry players from construction, manufacturing, etc, are permitted to operate this time around, ” Gan said.