KUALA LUMPUR: Foreign investors changed course by turning to be net buyers to the tune of RM326.06mil last week against net selling of RM337.02mil in the previous week.

Foreign investors were net buyers for the week ended Jan 15 with inflow amounting to RM326.06mil.

“As the market reopened on Monday last week, foreign investors bought RM87.85mil net of local equities, with retailers and local institutions as net buyers and net sellers to the tune of RM1.59mil and -RM89.45m respectively,” MIDF Research said in its weekly fund flow report.

The largest foreign inflow was recorded on Wednesday at RM127.24mil while the smallest inflow was on Friday at only RM3.69mil.

On the other hand, local institutions were net sellers every day for last week.

“Largest net selling was recorded on Tuesday at RM103.43mil and smallest net outflow was on Thursday at RM12.28mil,” MIDF said.

Retailers were buyers except on Wednesday. Despite the net buying activities, overall daily inflows were small and recorded below RM7mil except on Friday.

MIDF said the largest net inflow was on Friday and smallest on Tuesday, to the tune of RM67.56mil and RM1.5mil respectively.

“Overall, for the third week of 2021, retailers are the only net buyers at RM735.89mil while local institutions and foreign investors were net sellers at RM724.94mil and RM10.96mil.

“In comparison to the other three South East Asian markets that we tracked last week; Thailand, Indonesia and Malaysia recorded foreign net inflows, the Philippines experienced the only net outflow,” it said.

In terms of participation, MIDF said the retail investors recorded a weekly decrease of 3.63% in average daily trade value (ADTV) while the foreign investors and local institutions experienced declines in ADTV of 4.89% and 18.08% respectively.

On the other hand, Maybank saw the largest net money outflow of RM6.70mil last week. 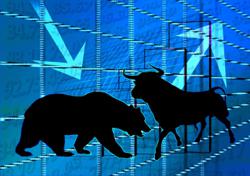