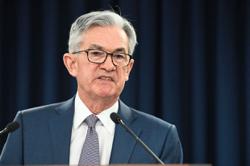 THE dollar found support from expectations of a continued economic recovery in the United States amid countries in Europe resorting to lockdowns to fend off a second Covid-19 wave; and expectations of higher government spending under the Biden administration

THE dollar found support from expectations of a continued economic recovery in the United States amid countries in Europe resorting to lockdowns to fend off a second Covid-19 wave; and expectations of higher government spending under the Biden administration – after a plunge in payrolls in December raised the prospect of more federal spending to aid the coronavirus-battered economy.

Later in the week, reports emerged that the Biden administration is expected to roll out US$2 trillion stimulus package.

However, the dollar strength faded mid-week after a slew of Fed speakers, mainly Jerome Powell downplaying the expectations of any changes to the current Fed monetary policy. In the political development, President Trump is slated to hand over control of the White House to President-elect Joe Biden in one week.

House lawmakers voted to impeach Trump for “incitement of insurrection” for his role in the Jan 6 attack on the Capitol. By the end of the week, the dollar closed higher by 0.16% week-on-week (w-o-w) to 90.24.

Crude oil posted gains with Brent rising by 0.78% w-o-w to US$56.42 per barrel, still hovering at the highest level since February 2020. The gains were boosted by optimism over the US stimulus package, Saudi Arabia’s announcement of a big voluntary production cut of 1mbpd in February and March and bigger-than-expected drop in crude inventories by 3.25 mbpd for week ending Jan 8 compared with 8.01 mbpd of supply cut in the previous week (consensus: -2.27 mbpd).

The euro weakened by 0.52% to 1.22 – the lowest since Dec 22,2020 owing to the release of ECB minutes of meeting where it showed broad support for new policy package, extending and increasing level of monetary accommodation until March 2022. Besides, ECB members were seen getting slightly uncomfortable with the recent appreciation in euro and raises concern over potential risk for the eurozone’s inflation outlook.

The pound strengthened by 0.89% to 1.37 following Bank of England’s governor dismissing prospect of negative interest rates as well as optimism over the pace of Britain’s vaccination rollout. Nonetheless, Britain’s chief medical adviser warned that the next few weeks of the pandemic would be worse.

The safe-haven yen rose 0.13% to 103.8, contributed by healthier December’s key data including Eco Watchers Survey Outlook which came higher at 37.1 compared with 36.5 in November and Producer Price Index that climbed 0.5% month-on-month (m-o-m) after three months of deflationary versus -0.1% m-o-m in the previous month (consensus: 0.2% m-o-m). In battling the pandemic spread, the Japanese government decided to widen a state of emergency beyond Tokyo.

The majority of Asia ex-Japan currencies appreciated during the week, led by the Thai baht which rebounded 0.47% to 30.00 as the country is expected to receive its first batch of the Covid-19 vaccine from Sinovac Biotech in February. In contrast, the South Korean won depreciated by 0.76% to 1,098 against the stronger dollar. On the local scene, the ringgit closed lower, down 0.18% to 4.04 after a series of measures to tackle Covid-19 spread was announced – two-weeks of targeted lockdown nationwide, effective Jan 13 and declaration of the state of emergency by the King until August as well as the bleak economic data for November. Unemployment rose slightly to 4.8% from 4.7% in October; distributive trade fell for the second month, down 1.2% year-on-year (y-o-y) – the fastest contraction since August versus -0.8% y-o-y in October, while the Industrial Production Index contracted 2.2% y-o-y from -0.5% y-o-y in October (consensus: 0.2% y-o-y).

The US Treasury curve steepened to a four-year high as investors continued to bet on growth rebound and higher inflation in the coming year following wider and faster vaccine distribution and expectations of the incoming Democrat-controlled Congress to pass another US$2 trillion stimulus package. The 10-year/2-year and 30-year/5-year spread has widened to 99bps and 139bps, respectively. The closely watched 10-year UST fell 1.7 bps to 1.13% under the week review. Nevertheless, other key developments for the week includes Powell commenting it was too early to talk about making any changes to the central bank’s easy monetary policy stance, including its US$120bil per month bond-buying programme. As at noon Friday, the 2-, 5-, 10- and 30-year benchmark UST yields stood at 0.14%, 0.46%, 1.10% and 1.85%, respectively.

The local bond market continued to experience a rollercoaster ride as market players turned defensive after Prime Minister Tan Sri Muhyiddin Yassin’s announcement of a targeted lockdown nationwide as well as the declaration of a state of emergency by the King until August. However, buying flows re-emerged mid-week, especially from the front to the belly part of the curve due to increasing bets for an OPR cut in January’s Bank Negara monetary meeting. By end of the week, the MGS curve bull steepened 1–15bps from the front end to the belly side of the curve while the long-end of the curve to rose 6–9.5bps. The market’s focus this week included the new issuance of 15.5Y GII ‘07/36 which garnered a strong BTC of 2.917x – the highest since October 2020 on the back of a total size amounting to RM3bil including RM1.5bil of private placement. The auction closed with a high/low of 3.475% and 3.385% while averaging at 3.447%. As at noon Friday, the 3-, 5-, 7-, 10-, 15-, 20- and 30-year benchmark MGS yields settled at 1.72%, 2.01%, 2.43%, 2.63%, 3.31%, 3.58% and 3.95%, respectively.

Secondary trade volume shaved off around 55% to RM975mil from RM2.2bil. The credit spread narrowed by 15.9bps on average across the curve. The shorter end rose 19.9bps on average while both the belly and longer ends of the curve eased averagely by 42.7bps and 21bps, respectively.

During the week (Jan 8-14), the FBM KLCI surged 32.76 points or 2.04% to 1,635.71 points, tracking the uptrend in the MSCI Emerging Markets Index (+3.66%), while the Dow Jones Industrial Average ended almost flat (-0.16%) in a cautious mood. Investors awaited the details on the stimulus plan by President-elect Biden, while digesting news on a second impeachment of President Trump, a surprised job loss in the United States in December 2020 and a surge in the latest weekly jobless claims in the United States to close to one million.

Locally, investors took in stride the announcement of a second movement control order (MCO 2.0) and the declaration of a nationwide state of emergency.

During the week, nine out of 13 sectors in Bursa Malaysia ended in the positive territory. The best performing sector was Technology (+10.8%) on a return of stay-at-home plays following the announcement of MCO 2.0. The worst performing sector was Property (-1.2%) as investors continued to unload property stocks on dented sector prospects following the termination of the Kuala Lumpur–Singapore high-speed rail.

In the coming week, investors will keep a close eye on:>China GDP (Q4) on Jan17;