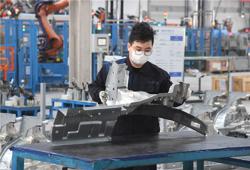 BEIJING: China's exports grew more than expected in December, albeit at a slower pace than the month before, as global demand for Chinese goods remained solid, while import growth quickened, customs data showed on Thursday.

Exports rose 18.1% in December from a year earlier, slowing from a 21.1% jump in November. Analysts in a Reuters poll had expected exports to grow 15% year-on-year last month.

Imports meanwhile rose 6.5% in December from a year earlier, quickening from 4.5% growth in November and beating expectations for a 5% increase in the Reuters poll.

Analysts have said Chinese exports will continue to be supported by demand for medical supplies and work-from-home products in major trading partners struggling with fresh waves of coronavirus infections.

But there are some concerns that a rise in raw material prices and a recent rally in the local currency could squeeze exporters' profits. The onshore yuan strengthened 6.7% in 2020 -- its first annual rise in three years.

Its trade surplus with the United States narrowed to $29.92 billion in December from $37.42 billion in November. - Reuters 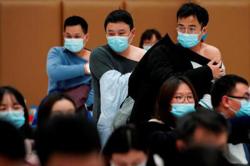