Top maker of mini motors bets it can win over Tesla 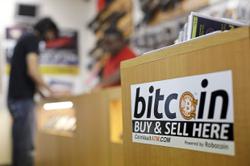 Quiet behemoth: A file picture showing the lobby of Nidec headquarters in Kyoto, Japan. Tesla won’t be able to achieve Musk’s goal of producing 20 million EVs a year by 2030 without an outside partner, says Seki. — Bloomberg

TOKYO: Nidec Corp, the world’s top supplier of motors for everything from hard drives to power plants, is betting it can make a key component for Tesla Inc’s electric vehicles cheaper and better than anyone else, possibly including its chief executive officer, Elon Musk.

“I very much want to have a top-level discussion with Elon Musk, ” Jun Seki, Nidec’s president and chief operating officer, said in an interview. Without an outside partner, Tesla won’t be able to achieve Musk’s goal of producing 20 million EVs a year by 2030, he said.

It’s an audacious overture to a company that flirted with being the world’s most valuable last week, making Musk the richest man, but Nidec isn’t just any ordinary parts supplier.The manufacturer is a quiet behemoth in the global electric-motor industry.

Although the vast majority of people who use the company’s products don’t know its name, Nidec’s motors are used in about 85% of the world’s hard drives and it controls almost half of the global market for brushless motors found in everything from air conditioners to factory robots. Nidec is Japan’s ninth-largest enterprise, with a market value of about US$82bil yesterday, after climbing 2%. The stock rose 73% last year. 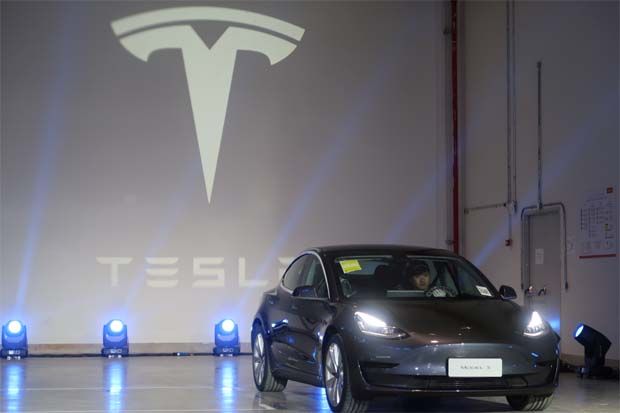 That’s made CEO Shigenobu Nagamori Japan’s fourth-wealthiest individual with a net worth of US$10.2bil, according to the Bloomberg Billionaires Index. He poached Seki from Nissan Motor Co, where Seki had come up through engineering to becoming vice-COO, a year ago to embark on a bet-the-company pivot.

The goal? Turning the manufacturer Nagamori founded in a shed in Kyoto 47 years ago into the world’s top supplier of motors for electric vehicles. Nagamori, 76, is backing the effort with a pledge to invest close to US$10bil over the next five years to grab a market share of 40% to 45%.

With Japan, California and other major automobile markets mandating that all new car sales be electric over the next two decades, the global EV traction motor market is on track to reach about US$29bil by 2026, according to consultancy firm Shibuya Data Count. Up until now, much of the industry’s focus has been on building out the capacity to produce enough batteries, while improving technology to make them more efficient and expand the range of EVs.

After batteries, traction motors are the most expensive component of an EV, meaning the segment is ripe for claiming if a company is able to mass-produce a disruptively cheap product. Combining the motor, gears and electronic components, traction motors are also used in electric trains; they must be able to withstand mechanical stress and cool efficiently because of the high power levels involved.

“As we move forward with mass-production, costs will come down and it’ll be easier to win out against rivals, ” said Seki, 59, who travelled abroad several times during the 2020 pandemic to secure deals with automakers, seeking to edge out Bosch Corp, ZF Friedrichshafen AG, Dana Inc and other competitors.

Tesla, based in Palo Alto, California, is just one of the many carmakers in Nidec’s sights. The Japanese manufacturer has already reached agreements to provide EV motors to 22 automakers, including China’s Guangzhou Automobile Group Co and France’s Peugeot SA, according to Seki.

Whether it’s a traditional auto manufacturer, or an electric-truck startup, “any new company entering into the realm of electric vehicles is a chance for us, ” Seki said. Through its joint venture with Peugeot, Nidec also has a “big opportunity” with Fiat Chrysler Automobiles NV, as the automaker is set to merge with Peugeot, he added.

Nidec’s pitch to automakers is its “E-Axle” system, which combines motors, gears and inverters into a single package.

As EV makers seek smaller and more efficient powertrains, that will give an edge to manufacturers that are able to design high-precision durable gears and cool them effectively, all while keeping costs down.

To secure the technologies and resources needed, Nidec is ready to spend as much as one trillion yen (US$9.7bil) on mergers and acquisitions, Seki said. He singled out gear and inverter manufacturing as two industries ripe for growth.

If Nidec’s vision plays out, it will be able to offer Tesla and other EV makers a traction motor that’s less than US$1,000 in under five years, down from the standard today which can run up to US$2,000 or more. While batteries make up about a third of a typical EV’s cost, a basic motor makes up about 10%.

Nidec sees Europe and China as relatively quick adopters of EVs. As such, it has invested heavily in the latter over the past three years and is planning to inject some 200 billion yen into its European operations. The company is looking at Serbia as the top candidate for a new EV motor factory it’s looking to build in the region.

For now, Seki is laying the groundwork to be able to meet a spike in demand that’s anticipated in the decade after 2025. Thanks to greater investment, battery costs are coming down, making EVs more affordable.

At the same time, a number of governments including Japan and the UK have said they will ban the sale of new gasoline vehicles.

By 2035, annual EV sales are projected to exceed 48 million units, up from roughly two million this year, according to Bloomberg Intelligence. — Bloomberg