PETALING JAYA: The ongoing economic and health uncertainties both domestically and globally are expected to continue softening labour demand, according to the Statistics Department.

The projection comes following the marginal month-on-month 0.1 percentage point increase in Malaysia’s unemployment rate to 4.8% in November with 764,400 unemployed persons. 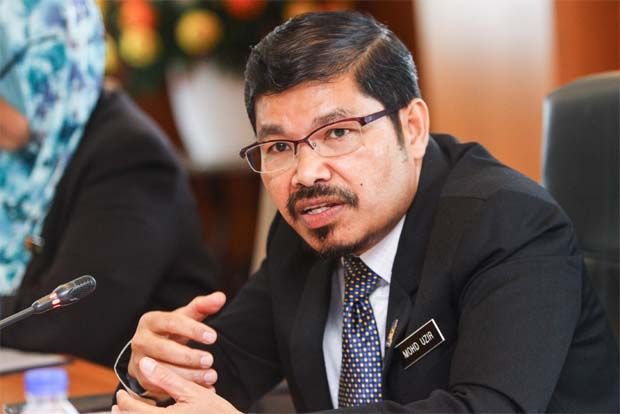 “Meanwhile, the labour supply will remain competitive in this challenging situation, ” he said in a statement yesterday.

Commenting on the unemployment rate for November, Mohd Uzir said the number of employed persons dropped by 11,000 persons to 15.20 million, after recording an upward trend for five consecutive months. “Following the third wave of the pandemic which prolonged into November, the conditional movement control order (CMCO) had been implemented in phases to curb the drastic spike in Covid-19, as well as to balance between the healthcare system and economy requirements.”

During the CMCO, Mohd Uzir pointed out that inter-state travel was not allowed, while economic activities continued to operate with adherence to strict standard operating procedures.

“Hence, in November 2020, the employment rate saw a small decrease, whereas the unemployment rate was slightly higher as compared with the previous month.

“Among others, this may be due to job losses and the cancellation or freezing of new hires.”

By economic sector, he said employed persons in the services sector continued to increase, mainly in wholesale and retail trade, communication and information, human health and social work and education activities.

“However, employed persons in the tourism-related industry such as accommodation and food and beverage, transport and storage, and arts, entertainment and recreational activities still seemed to be adversely affected as a consequence of the pandemic.“In the meantime, employment in the agriculture and mining and quarrying sectors remained in the negative trend since August 2020, while the manufacturing and construction sectors posted an increase month-on-month.”

Mohd Uzir said the employment-to-population ratio during the month, which indicates the ability of an economy to create employment, shrank by 0.2 percentage points to 65.1% in November 2020.

“Meanwhile, there were 142,000 employed persons who were temporarily not working in November as compared with 183,600 persons recorded in the previous month. This group of persons, who were most likely not able to work, were not categorised as unemployed as they had work to return to.”Additionally, Mohd Uzir said the labour market condition in November could also be portrayed by the loss of employment statistics reported by the Social Security Organisation (Socso), which recorded 9,086 job losses compared with the 7,416 job losses registered in October 2020.

“In addition, the Employment Insurance System, through MYFuture Jobs, reported a higher number of jobseekers in November with 185,236 persons as against 68,555 job vacancies. Looking at the latest short-term economic indicators, the Industrial Production Index for November dropped 2.7% month-on-month.

“Furthermore, both import and export values edged down by 1.9% and 7.3% month-on-month respectively, after registering a positive growth in the previous month.”