The United States, which has for decades lectured other democracies about their imperfections and failures, had an anti-democratic moment of its own.

IN much of the world, the sight of a mob storming the United States Capitol to keep their leader in office was met not just with horror but with, let’s face it, schadenfreude. Finally!

The United States, which has for decades lectured other democracies about their imperfections and failures, had an anti-democratic moment of its own.

Some here in India responded in keeping with the honored traditions of this country – i.e., WhatsApp jokes (“Owing to Covid-19 travel restrictions, this year’s US-backed coup will take place at home”). The Times of India’s banner headline was “Coup Klux Klan.”

Others’ humour was a little drier. The Russian foreign ministry, which has perfected the art of straddling provocation, irony and fact, noted mournfully that “the electoral system in the United States is archaic; it does not meet modern democratic standards, ” which is particularly infuriating because of its exact truth.

The Turkish press release sounded like officials had gleefully cut-and-pasted past advisories from the US State Department, down to the advice that “Turkish citizens in the US avoid crowded areas.”

Now, a lot of this is entertaining and some of it is understandable. Certainly, nobody who lives in an emerging nation likes to hear shocked liberal Americans declaring their country’s turmoil similar to events “in the Third World.”

In India, for example, we manage to conduct much larger elections than the United States endures with far fewer complications.

But I think all of us busy mocking the United States and declaring the end of American exceptionalism also need to take a deep breath. The fact is that America has survived its populist moment in far better shape than most of the rest of us.

Remember: Donald Trump was impeached once and might be again. He has been repudiated by several influential leaders of his own party.

He has lost re-election and all his attempts to overturn the result have failed. His party has been rewarded for its embrace of populism with the loss of not just the White House but also of both chambers of the legislature. And Trump himself has been cornered into conceding defeat.

That is what you might objectively call a drubbing.

Such a drubbing is not, I hasten to assure you, the usual result of electing a populist. Generally, such leaders ensconce themselves comfortably in power and their victory margins seem mysteriously to grow with each election.

There are far too many places where voting is always free but rarely fair, and where democratic despots seem never to be deposed. I wonder how we can even drum up the enthusiasm to mock America, which is emphatically and demonstrably not one of those countries.

I don’t want to minimise the damage that Trump could and did do to America. And it is an open question whether another four years in power would have left the US completely incapable of resisting his corrupting influence. Yet, in comparison to other nations – from Russia to Turkey, Hungary to India – American institutions have demonstrated their value and resilience.

Liberal democracies are only as robust as their institutions are independent and their officers are honest. And, because institutions and officials in the United States preserved their integrity, Trump was forced to fight a free and fair election – and will have to leave after he convincingly lost it.

In America, judges – even those appointed by Trump – threw out dozens of frivolous court cases. That’s what an independent judiciary does and it is also why populists in places such as Poland and India are reducing judges’ freedom to maneuver.

In America, even Republican officials such as Georgia’s governor and secretary of state stood up to their party’s leader, bluntly refusing to follow his bidding. I’m struggling to imagine an equivalent phone call between, say, Vladimir Putin and a provincial leader from United Russia.

And in America, an adversarial media actually reported on Trump’s corruption in power, as well as his attempts to retain it illegally. We were told in great detail about the colossal ineptitude of his legal team and the poverty of their arguments. In India, the media – even those so adept with puns –would never present the case for ruling-party venality and ineptitude as clearly.

Face it, the death of American exceptionalism has been greatly exaggerated. The rest of us democracies still have some things to learn. For example, it is now clear which institution we need to protect at all costs: the judiciary.

Judicial independence is the canary in the populist coal mine; every would-be supremo, from Andres Manuel Lopez Obrador in Mexico to Rodrigo Duterte in the Philippines, must first ensure the courts will do his bidding.

The European Union is right to draw a red line about Hungary and Poland’s abandonment of the “rule of law.”

It’s OK to have a fun few days laughing at America’s discomfiture and at the breast-beating exaggerations of its pundits and politicians. (The United States is a country so comfortable it has forgotten what “sedition” actually is.) But, afterwards, let’s take a harder look at ourselves and at how to restore our own democracies to health. —Bloomberg

Mihir Sharma is a Bloomberg Opinion columnist. He was a columnist for the Indian Express and the Business Standard, and he is the author of ‘Restart: The Last Chance for the Indian Economy.’ The views expressed are the writer’s own. 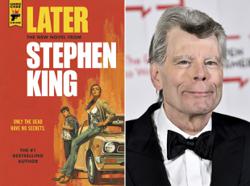