While last year’s strong rebound in many commodity prices might be viewed as a “V-shaped vaccine recovery”, Goldman contends it is just “the beginning of a much longer structural bull market for commodities”. (File pic shows copper smelting in Chile)

While last year’s strong rebound in many commodity prices might be viewed as a “V-shaped vaccine recovery”, the bank contends it is just “the beginning of a much longer structural bull market for commodities”.

“Looking at the 2020s, we believe that similar structural forces to those which drove commodities in the 2000s could be at play, ” Goldman argues. (2021 Commodities Outlook: REVing up a structural bull market, Nov 18,2020)

The 2000s were transformative for metal prices, which experienced a tectonic demand boost from industrialisation and urbanisation in emerging nations, China in particular.

But the supercycle hype dissipated over the course of a four-year bear market which only troughed late in 2015, leaving many investors disillusioned with the sector.

No one has talked much about a commodities supercycle since then, which makes Goldman’s call all the more remarkable.

So what’s a supercycle, why was the last one so short-lived and what makes one of Wall Street’s finest think another one is coming?

A supercycle can be defined as “decades-long, above-trend movements in a wide range of base material prices” deriving from a structural change in demand. (Super-cycles of commodity prices since the mid-nineteenth century, United Nations DESA Working Paper, 2012)

The industrialisation of the United States in the late 19th century and post-war reconstruction in Europe and Japan in the 1950s are two prime examples.

The 2000s supercycle initially conformed to the same pattern, this time in the BRIC countries – Brazil, Russia, India and China.

But the Global Financial Crisis blew the super off the cycle with only China doubling down on its infrastructure and construction sectors. Everyone else was fighting financial fires and propping up banks doesn’t do much for commodities demand.

By the middle of the decade even China had run out of momentum as policy makers moved to mop up the excess liquidity from the 2009-2011 stimulus splurge.

The commodities boom of the 2000s turned into bust. The S&P/Goldman Sachs Commodity Index (GCSI) fell 60% over the last decade, erasing three decades of gains.

Look no further to understand why funds who joined the supercycle stampede in 2010 and 2011 have given the commodities sector a wide berth ever since.

It’s also why no-one’s used the word in many years.

Goldman’s supercycle view is predicated on how the world will recover from the Covid-19 crisis with an emphasis on a green industrial revolution and a policy focus on social need.

With China recently committing to carbon neutrality by 2060 and Joe Biden promising to return the United States to the Paris Agreement on climate change, the decarbonisation push is becoming both global and synchronised.

Going green, Goldman Sachs contends, “has the potential to create a capex cycle on par with the emerging markets-driven cycle of the 2000s”.

Not only will this directly impact demand for metals such as copper, but it will have a multiplier effect on labour markets and commodity-producing countries.

Meanwhile, the emerging policy consensus around recovery is that what has been a social rather than a financial crisis will need a social fix.

“Policymakers around the world have signalled that full employment, and increased income for low-income households is a key part of post-Covid policy, ” Goldman says.

Such redistribution policies are commodities-positive since lower-income households tend to spend more of the extra money they receive.

Financial stimulus after the last crisis benefited primarily higher-income groups where the marginal propensity to consume out of wealth is a meagre 3%, the bank estimates. Richer people simply don’t need to spend the extra money on more things, while poorer households will consume just about all of it.

Rising wages, meanwhile, would also lead to faster home formation, which is commodities-intensive in the form of construction and household appliances.

Indeed, Goldman’s view is that increasingly synchronised social policies in the wake of the pandemic are similar to those of the 1960s, which saw the United States launch its “War on Poverty” campaign.

“We believe a better analogue to the current environment is the super cycle of the 1970s rather than the 2000s, ” it adds.

A kind of super supercycle, as it were, with industrial capital expenditure running at 2000 levels and social rebuilding generating a 1970s style consumer boom.

The other core plank of Goldman’s supercycle thesis is the lack of supply ready to meet any structural shift in demand.

Capital expenditure in the commodity complex was already low before Covid-19. It has plummeted further in recent months as producers prioritised maintaining existing operations.

China, meanwhile, has been soaking up the rest of the world’s surplus stocks of metals such as copper, aluminium and iron ore.

But copper is only one part of a broader call for a 30% return on commodities this year.

Goldman’s views are by no means consensus.

Many metal analysts are looking for price weakness this year as Chinese growth moderates after a stellar Covid-19 recovery in 2020 and the rest of the world struggles to catch up.

But that’s the thing with supercycles. They look obvious with hindsight but are far harder to see at the time.

Speaking in 2016, former head of BHP Billiton Andrew Mackenzie conceded that the world’s miners didn’t see the 2000s supercycle coming. “Many (including BHP Billiton) were unprepared for what has been the greatest commodities boom of our time.”

Are we about to experience a new one? Has it already started? The jury is very much out and, this being a multi-year supercycle we’re talking about, it could be out for some time. But one thing’s for sure. Thanks to Goldman Sachs, the commodity supercycle is very much back in the news.

Andy Home is a columnist for Reuters. The views expressed are those of the author’s. 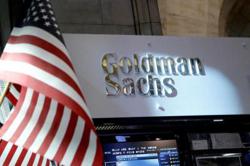 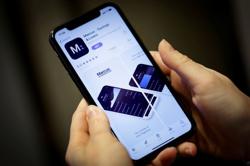