LONDON: Copper prices reached their highest since February 2013 on Wednesday as Democrats who want increased economic stimulus edged closer to control of the U.S. Senate and a blockade threatened to halt operations at a major mine in Peru.

Copper is used in power and construction and some analysts believe massive investment in green infrastructure and constrained supply will push prices higher in the coming years.

"New money is on the table from investors who see a very bullish story," said independent analyst Robin Bhar.

Meanwhile Peru's Las Bambas mine could halt production due to a three-week-long roadblock protest by locals that has curtailed exports, a mining association leader said. 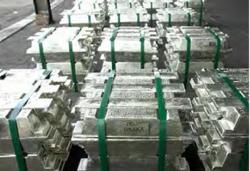