over what it said were severe shortcomings in management and oversight of worker health and safety-related issues.

However, despite BIS's opposition to the proposals, all six directors were re-elected with Lim Han Boon receiving 72.35% of the votes in favour, and the other directors each receiving the nod in over 80% of their respective votes.

The investment oversight team said in a Vote Bulletin that its vote against the re-elections was owing to the board's ineffectiveness in Covid-19 mitigation and inadequate oversight of worker health and safety issues.

It said the shortcomings were especially egregious given Top Glove's role as a leading personal protective equipment manufacturer and had serious implications for the company's reputation as a supplier of such equipment to hospitals around the world.

"As the COVID-19 pandemic ravaged the region, the board failed in a key aspect of its oversight responsibility given that it did not identify and set policies to manage risks including the health and safety of workers living in its dormitories.

"This is particularly surprising given the enhanced awareness and attention to the company’s worker safety issues since 2018," said BIS.

The treatment and living conditions of Top Glove's foreign labour and the handling of the spread of Covid-19 within its facilities have been the subject of scrutiny in recent months.

As highlighted in BIS's bulletin, the firm has been investigated by the Human Resources Ministry for non-compliance to minimum workers living standards.

The manufacturer's dormitories were also the site of the country's largest Covid-19 cluster in November 2020 with more than 5,000 workers infected and one reported fatality.

"Whilst we acknowledge the board and management’s willingness to engage with the BIS team, as well as the steps the company has taken in response to some of the controversies, the COVID-19 pandemic has exposed severe shortcomings in management and oversight of worker health and safety-related issues.

"Despite the board and management’s reassurance that Covid-19 preventive measures have been implemented since the start of the pandemic, a quarter of its workers have since been infected with the virus, with one associated death.

"The investigations conducted by Ministry of Human Resources (MoHR) and US CBP (Customs and Borders Protection), together with the whistleblower’s account and other media reports, have shown that Top Glove’s workers live in dense, unsuitable accommodations with a lack of proper ventilation and physical distancing — a stark contrast to what the board has conveyed to shareholders,” said BIS.

Moving forward, it said it intends to hold other incumbent directors not on ballot at the AGM accountable by voting against their re-election at future shareholder meetings.

However, it will also continue to engage with Top Glove to assess the measures that are taken towards the resolution of the investigations by the US Customs and Border Protection and Human Resources Ministry as well as other commitments with regards to worker rights and safety.
Article type: metered
User Type: anonymous web
User Status:
Campaign ID: 46
Cxense type: free
User access status: 3 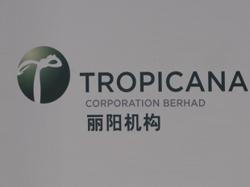