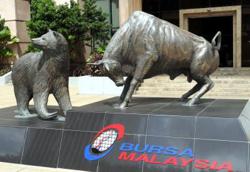 The FBM KLCI fell for the second day in three days, dragged down by banks.

KUALA LUMPUR: Consumer stocks were among the top losers on Bursa Malaysia on Wednesday as investors locked in recent gains on uncertainties in the market and political concerns.

The FBM KLCI fell for the second day in three days, dragged down by banks.

The broader market was weak as decliners beat advancers by more than three to one or 965 losers to 287 gainers and 386 counters unchanged.

The Umno supreme council is set to meet tonight at Putra World Trade Center (PWTC) in a highly-anticipated meeting to discuss, among others, the cooperation with Bersatu.

The ringgit was quoted at 4.0101 against the US dollar.

Cymao, which replied to Bursa Securities it was unaware of the reasons for the recent surge in its share price and volume, fell 32 sen to RM1.47. Earlier in the day, it hit a multi-year high of RM1.93.

Among the banks, Public Bank lost 28 sen to RM20.34, Maybank fell seven sen to RM8.24, CIMB 14 sen to RM4.16 after it was reported Fitch Ratings had raised concerns about the outlook for the sector.

Among the chip makers and tech related counters, MPI fell 80 sen to RM24.20.

Awantec skidded 19.5 sen to 78 sen with 102.7 million shares done. The company had earlier signed a memorandum of understanding with Huawei Technologies Sdn Bhd to promote the adoption of cloud and artificial intelligence products and services in the public sector.

24 sen to RM3.30. The two companies will repack the Covid-19 vaccines when they are available in Malaysia. 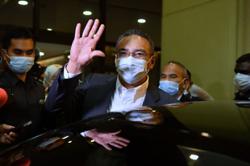 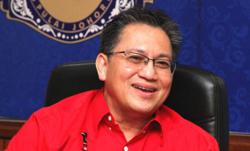