In a statement, SDP said the CBP did not provide sufficient information to allow the company to meaningfully address the allegations that triggered the issuance of the WRO.

(SDP), which had been issued with a Withhold Release Order (WRO) by the US Customs and Border Protection (CBP), is currently reviewing order to better understand the potential impact, if any.

In a statement, SDP said the CBP did not provide sufficient information to allow the company to meaningfully address the allegations that triggered the issuance of the WRO.

“Nevertheless, we look forward to receiving pertinent information and working with the CBP in order to address its concerns and quickly resolve this matter.

“SDP will also continue to engage with Liberty Shared (LS) and other organisations to obtain information regarding the initial complaint that would enable us to take any appropriate corrective actions as required.”

On Wednesday, the CBP said palm oil and products containing palm oil produced by SDP and its subsidiaries, joint ventures and affiliated entities in Malaysia would be detained at all US ports of entry due to forced labour allegations.

According to the CBP, the issuance of the WRO against SDP’s products is based on information that “reasonably indicates” the presence of all 11 of the International Labour Organisation’s forced labour indicators in SDP’s production process.

SDP said it is committed to combating forced labour and has implemented robust policies to protect worker’s rights.

“These efforts include the appointment of PWC Consulting Associates on Oct 19,2020 to assist us in our continuous improvement commitment.

“Our engagements with multiple stakeholders have commenced ever since SDP became aware of the petition submitted by LS to the CBP back in July 2020, and have continued regularly with SDP updating stakeholders on all measures taken internally to address any gaps and potential areas of concern as identified by our own internal audit processes.”

SDP said it would always act in the best interest of its stakeholders, particularly its employees, customers and shareholders.

“Thus, SDP will continue to engage with the CBP and all persons involved in this matter. The allegations made suggest a breach in the implementation of SDP’s own strict policies. It would be in the interest of all parties, especially our foreign workforce and women employees, if these matters are addressed expeditiously.

“We hope to be able to enjoy the full support and cooperation of our non-government organisation partners and the CBP to ensure that these vulnerable groups are protected.”

Meanwhile, Bernama reported that the Plantation Industries and Commodities Ministry had expressed regret and disapproval regarding the drastic action taken by the CBP against SDP, without giving the company an opportunity to defend itself.

Minister Datuk Dr Mohd Khairuddin Aman Razali (pic below) was reported as saying that while the CBP indeed had the right to issue a WRO on palm oil exported by any party to the country, it disagreed for such action to be taken without allowing the company to prove whether the claim was baseless. 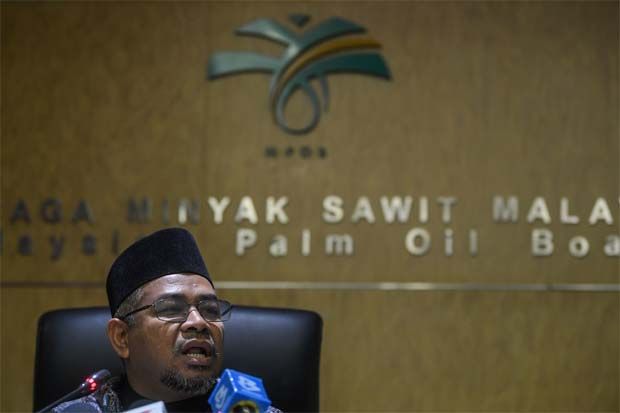 (in September) based on the same claim that has been denied by the company.”

According to him, it did not have a major impact on the financial and operational performance of FGV and, in fact, the US government is considering the petition to cancel the WRO against FGV’s products.

Mohd Khairuddin said the ministry is confident that SDP would also launch a protest and deny the unfounded allegation.