Keeping ahead of the game

New feel, new look: Ang holding the SOBA 2019 Best Global Market Platinum award. The company is exporting to more than 80 countries today from over 20 countries in 2008.

IN the face of challenges brought about by the pandemic, it might still be business as usual for Julie’s, as it stays steadfastly to its course in rebranding itself.

Although the rebranding had to be delayed from its original mid-2020 launch, Julie’s director Martin Ang said that plans are in place for international execution in the second quarter of next year.

“In the past three years, we’ve started to make some changes in terms of our brand’s look and feel. The current brand we have is actually 35 years old already, ” he said, adding that the brand has gone from exporting to over 20 countries in 2008 to more than 80 countries today.

“What we discovered in the past five to six years is that Julie’s has to bring about a new feel and a new look to cater to the different markets.

“There are a lot of things that we’ve already started putting in place, including how we’re going to execute it, from planning out our social media plan to getting our trade partners involved. “Movement restrictions are there, but we’re leveraging the virtual platforms – social media and e-commerce – to engage with our customers and consumers. This will keep us very busy until next year.”

In Malaysia and Singapore, the brand has re-partnered with Singaporean creative agency GOVT – following its Translator short film in 2019 – to produce a series of teasers and a short film titled “Operation Maybe”, in order to elevate its new look and spread its reinvigorated message of confidence.

To be released on Jan 1,2021 across Julie’s digital platforms, “Operation Maybe” will feature a Malaysian cast, including Indi Nadarajah, Fabian Loo, Amanda Ang and Bella Rahim.

But the big challenge, Ang said, is to execute the rebranding plan on such a big scale.

While Malaysia and Singapore are similar in terms of the market, he noted that consumer behaviour is different when it comes to other countries like Thailand, Vietnam and China or even the Middle East.

“The product is no problem, but sometimes the look and feel, be it the logo or the design or even the colour, may not attract consumers in different markets, ” he said.

Of particular note for Malaysian exporters is the price point and package size, with Ang pointing out: “There’s no one-pack size to suit the whole world, so what we need to do is cater the pack size to the market.

“The price point and the packaging size must be localised. What we charge RM2.10 in Malaysia, for example, may not apply in others as they might not have the corresponding denomination in their currency.”

Moreover, another thing exporters should keep in mind is the importance of registering their brands in target markets, instead of waiting until it is too late, he cautioned.

Other challenges for export that could increase costs, Ang said, include non-tariff trade barriers such as documentation, even for export to neighbouring countries that Malaysia has free trade agreements with.

He noted that Julie’s, also the winner of the Export Excellence Awards 2019’s special award for halal products, has benefitted from its participation in the awards especially in terms of networking opportunities with players in other industries and a boost in confidence from business partners.

“We wanted to know where we stood. All these years, we’ve done a lot of things and were so busy with it that we don’t see our achievements and the hard work we’ve put in, ” he said, thanking the team for its contributions.

He added: “We’ve won many different kinds of awards, but this is something very special to our heart because it’s specifically for export.”

For companies, Ang called for them to participate in Export Excellence Awards 2021 and advised: “Go ahead and participate to see where you measure up.

“Don’t be disheartened if you don’t receive an award, just don’t give up and keep on improving in the areas you’re weak in, as preparing for the submission helps highlight areas you might have missed in the whole scheme of things.”

EEA 2021 is organised by Star Media Group in partnership with Standard Chartered, with Matrade as patron. It is audited by BDO. Those keen to apply can visit exportawards.com.my, contact Pei Wen at peiwen@thestar.com.my or call 03 7967 1388 ext 1857 (Events Dept). 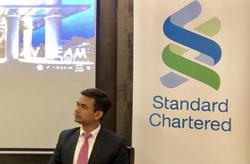