(MAHB) is doing its best to offer an equitable solution that is within its affordability as it acknowledged the financial woes that retailers at the Kota Kinabalu International Airport (KKIA) are facing.

In a statement, MAHB said it is putting in place a new Rental Model for 2021 where the rental rate is based on actual passenger volume considering that tenants are facing difficulties due to a decline in passenger traffic movements.

"This mechanism will allow the retailers more breathing space to recover as the passenger traffic recovers.

"We are glad to note that 274 out of a total of 337 retailers are receptive to our relief package and can see the benefit of partnering with us for the long term. They have shown their commitment by signing up for the relief package and the fair terms offered with it,” it said.

MAHB issued the statement to clarify an article which appeared in a local English newspaper on Dec 21, titled "Traders at KK Airport Struggle to Pay Rent, Staff Salaries".

The article also cited tenants’ dissatisfaction on the requirement to sign a one-year rental agreement as opposed to renewing the agreement every three months previously.

On this, MAHB said the previous renewal of certain retail agreements every three months was a temporary arrangement prior to the finalisation of its Commercial Reset plans.

It said at that time, long-term contracts could not be established with airport retail tenants as they would be subject to the new retail configuration of the Commercial Reset.

To help ease the retailers cash flow, MAHB had offered a six-month rental moratorium and a subsequent customised Rental Relief Package which offered up to 100 per cent rental rebate for six months in 2020.

"While it is acknowledged that the relief package may not be able to solve all the retailers' financial woes, we are doing our best to offer an equitable solution that is within our affordability and using our own funds although we ourselves are suffering losses for the past three quarters,” it added. - Bernama
Article type: metered
User Type: anonymous web
User Status:
Campaign ID: 18
Cxense type: free
User access status: 3 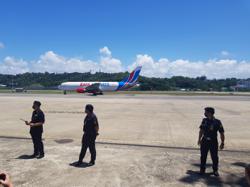 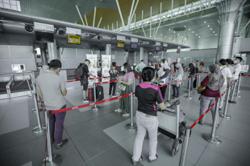