Increased activity: Anartist’s impression of the Tun Razak Exchange. Banking group HSBC will be moving to its own quartersi n the first quarter of2021,while the Affin banking group is expected to do so around the middle of the year

AS 2021 rounds the corner, some movements are expected at the Tun Razak Exchange (TRX), where Kuala Lumpur’s financial centre is located.

HSBC will be occupying more than half of its building and renting out the rest. According to a property rental website, it is seeking a rental rate of RM11 per square foot (psf).

Their presence and their arrival as they take up space in TRX is very much looked forward to by other stakeholders in that 70-acre development, as TRX needs mass density.

TRX marquee incentives, due to end in Dec 31, 2020, for qualifying companies which have to be operational there by Dec 31, 2020 have been extended for both Affin and HSBC by a year, as a result of the Covid-19 pandemic, two sources say.

The incentives are substantial and include relocation costs, various allowances and tax breaks.

Affin, HSBC and Prudential are the three banking and insurance groups to have their own buildings there. There is a fourth commercial parcel, Exchange 106 with 106 floors, which are now seeking tenants.

The average floor area of Exchange 106 is about 34,000 sq ft, at RM8 psf. Some floors are being subdivided and those between 2,000 and 4,000 sq ft are being rented at RM10 psf.This means that barring any upset, TRX may see a working population of more than 10,000 by the end of the year. This means three of the buildings earmarked for banking and the financial sector will be filling up.

Exchange 106 will be hosting a variety of economic sectors while the Lendlease retail mall is expected to be operational by September 2022, having extended its opening by about a year as a result of the Covid-19 pandemic.

The year 2020 has largely been unpredictable and unprecedented; 2021 remains so.

According to Emerging Trends in Real Estate by Urban Land Institute and consultancy PWC, this black swan event has brought in its wake “a slew of outcomes as unexpected as the pandemic itself”.

The Urban Land Institute is a global organisation with the mission to provide leadership in the responsible use of land and to create and sustain thriving communities worldwide.

On the positive side, the report says Asia Pacific has managed to protect itself more effectively than its developed-market counterparts.

What is also noteworthy is that from a real estate perspective, the pandemic has fast-tracked trends like work-from-home.

This may prove to be transformative for the Klang Valley office space sector going forward.

On the negative side, the abundance of office space in the Klang Valley is an issue that needs very urgent attention, particularly when the city’s newest, most modern green buildings in the country’s financial district are being tenanted out at such competitive rental rates as between RM8 and RM11 psf.

This means office building owners are not getting the returns from their investments. At the end of all that is said and done, it is rent that drives value.
Article type: metered
User Type: anonymous web
User Status:
Campaign ID: 46
Cxense type: free
User access status: 3 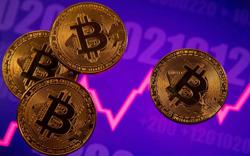