PETALING JAYA: The largest budget in Malaysian history has been passed by the Dewan Rakyat, erasing market uncertainties on the rollout of government expenditure and signalling progress in the journey of economic recovery ahead.

The positive market reaction towards the news is symptomatic of what can be expected going forward.

According to AmBank Group chief economist Anthony Dass, (pic below) the RM322.5bil budget is an extremely crucial budget that will chart the nation’s economic recovery progress ahead after a turbulent year that was rife with uncertainties caused by the Covid-19 pandemic. “The uncertainties revolving around the passing of Budget 2021 has delayed the economic recovery and affected sentiment, for foreign and local investors as well as consumers.

“It is a relief that Budget 2021 has been passed and things can start to move forward.

“As for political uncertainties, which was a key concern of Fitch Ratings, it remains to be seen how rating houses like Moody’s and S&P will view Malaysia following this update on Budget 2021, ” he said.

On Dec 4, Fitch Ratings downgraded its ratings on Malaysia to BBB+ from A- on the back of the negative impact of the Covid-19 pandemic on the country’s fiscal position as well as the ongoing political situation.

“The political environment that is riddled with claims of no confidence and noise on snap general elections should be left as it is for now.

“What’s more important now is that Budget 2021 will spur greater traction for economic recovery and more jobs will come back, ” said Dass. “While we have seen signs of retracement of economic activity in October to November, economic recovery could regain momentum following these relaxations of CMCO restrictions as well as the passing of Budget 2021 that would help support consumer and business sentiment.

“As economic activity picks up, labour market pressures should gradually ease with more job openings and hiring, ” she said.

She opines that the political situation remains fluid.

A total of 111 MPs voted aye and 108 nay in both instances. Only one MP was absent from voting.

The allocations for all 27 ministries were passed after gruelling debates and several attempts for bloc voting by the opposition. 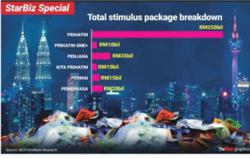 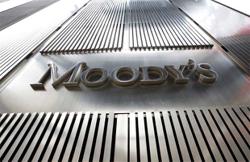