Paying the price for debt 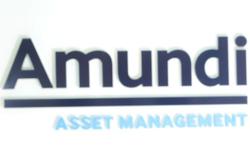 FOR the past 21 years, whether there is an economic crisis or not, Malaysia’s debt levels have been rising.

One only needs to look at the debt service charges (DSC), which has been on the uptrend since the 1998 Asian Financial Crisis.

That year Malaysia imposed capital controls to stop the manipulation of the ringgit. The controls were effective and saved the economy then. But at the same time it gave leeway for the government to borrow to fuel their spending without being penalised by international rating agencies.

Following capital controls, the ringgit was no longer being traded in the international market. There is an offshore market for the trading of the ringgit but it is settled in US dollars. The government’s external borrowing was reduced to a tiny fraction of its total borrowings.

Whenever the government needed to tap the debt market, it had ready takers in the form of the Employees Provident Fund (EPF), Kumpulan Wang Amanah Pencen and the National Trust Company or also known as Kumpulan Wang Amanah Negara (KWAN). KWAN was set up to conserve the wealth that the nation gets from natural resources such as oil and minerals.

Since 1998, Malaysia went through several slowdowns in its economy. There was one year of recession in 2008 due to the Global Financial Crisis. It started and ended in the US and we had minimal impact. There were many good years after 2008.

Between 2009 and 2014, the government’s revenue received tremendous boost from oil money. The price per barrel hit US$100. From 2016 onwards, money was flowing in from the collection of the Goods and Services Tax (GST).

But despite the extra income, the Federal Government’s DSC in absolute amounts have always been on the uptrend. It is because there was no attempt to reduce the total debt.

As a percentage of the gross domestic product (GDP), the DSC has been hovering between 10% and 13.5% since 2000, which is an acceptable ratio in the eyes of the rating agencies.

However, the absolute amount that the country pays to service the debts has been rising and it is beginning to attract attention. The rating review by Fitch is an example.

Fitch citied political instability and lack of governance as among the reasons for the downgrade. But in reality, if Malaysia were more disciplined in managing its public finances and had ample reserves, the rating agencies would not have issued a downgrade.

Neighbouring Thailand is more instable when it comes to politics compared to Malaysia. It has not had a stable government for a few years and now the people are against the monarch. But there is no downgrade.

Indonesia has a multitude of problems from weak governance to rebellion from the people for the slightest of things. But the ratings of both countries are not downgraded.

Indonesia has tighter public finance regulations relative to Malaysia. The government does not have a debt to GDP ratio of 60% as in Malaysia. It has relaxed on the ratio for three years until 2023 due to the pandemic. Even with that relaxation, the debt to GDP ratio is expected to rise marginally from the current levels of about 32%.

In the world of public finance, governments always borrow to fund their expenditure when there is a shortfall in revenue. Governments with good credit ratings get cheap financing. Such governments usually borrow less in good times to reduce the total amount of debts and the DSC.

But in Malaysia’s case, the DSC has been on an uptrend since the 1998 Asian Currency Crisis. The most significant rise in the DSC is from 2009 onwards, which coincidentally is the time when former Prime Minister Datuk Seri Najib Razak took over the leadership in Putrajaya.

Even after there was a change in government in 2018, the addiction to debt continued.

For the last few years, every time there is an economic outlook speech, every Prime Minister talks about a budget surplus. In 2015, the aim was for the Federal Government to have a Budget surplus by 2020. In 2018, the target was pushed to 2023.

Now, we really do not know if ever the Federal Government would achieve a budget surplus.

The Fitch downgrade is merely a warning shot. No government can go on borrowing perpetually to fuel the economy. It would only be a matter of time before the other rating agencies follow suit.

The addiction to debt that has led to rising DSC and less amount allocated for development is beginning to take a toll on the Malaysian economy.

When the government needs to spend most, as in this year and next, it finds that the balance sheet is stretched.

So what it does is to get the people to tap into their savings such as in the EPF or asking banks to give moratorium on loans so that people can get on with their lives until the pandemic subsides.

This year the economy has been ravaged by the Covid 19 pandemic. Private sector consumption and investment has come down significantly.

Most governments have expanded on their development expenditure. It is acceptable for public finance to burst their limits.

Next year, it cannot afford the luxury. 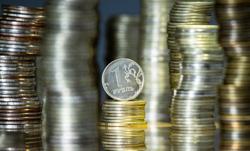