WASHINGTON: Chinese Foreign Minister Wang Yi assured U.S. executives during a videoconference on Sunday that Beijing remained committed to the Phase 1 trade deal with the United States, the head of the US-China Business Council said.

"He definitely re-committed. On the Chinese side, it's all systems go. They will fulfill their commitments," US-China Business Council President Craig Allen told Reuters.

The group, which represents 240 companies doing business in China, was pleased with China's progress in implementing policy changes under the agreement signed in January, Allen said.

As of October, Beijing's purchases of U.S. goods specified in the Phase 1 deal, at $75.5 billion, were about half of the level they should be on a pro-rated annual basis, according to the Peterson Institute for International Economics.

"They are behind, but it's a two-year agreement," Allen said. "This has been a successful agreement in terms of changing China's policies that prevented a level playing field. It's not complete. It's not finished, that's what Phase 2 is about," he said.

Allen said members of the US-China Business Council's board pressed Wang on remaining concerns about equal treatment of U.S. companies, visa concerns and intellectual property rights that it wanted Beijing to address.

But Allen said he was hopeful the world's two largest economies would start negotiations on a Phase 2 agreement after U.S. President-elect Joe Biden takes office on Jan. 20. 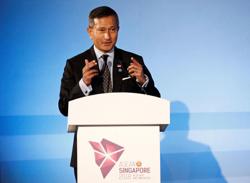