Is it time to switch to cyclical stocks? Investments into 5G networks are also expected to pick up next year.

INTEREST in cyclical stocks appears to be picking up of late in anticipation of better economic times ahead.

According to analysts, with the positive news on the progress of a vaccine development for Covid-19, plus a string of improving economic indicators, investors are finding courage to take on more risks now after having stayed hunkered down in defensive stocks for so long.

“There is a compelling case for investors to switch back to selective cyclical counters to capitalise on the eventual upturn in the economy, ” one fund manager tells StarBizWeek.

“For one thing, we know that the worst is over; for another, many cyclical stocks are currently trading at inexpensive valuations after suffering a heavy sell-off some months back...so there is scope for cyclical stocks to outperform more defensive sectors, going forward, ” he explains.

Among the cyclical stocks his team is selectively looking at are in the construction, banking and oil and gas (O&G) sectors, the fund manager reveals. In this July 27,2020, file photo, nurse Kathe Olmstead prepares a shot that is part of a possible COVID-19 vaccine, developed by the National Institutes of Health and Moderna Inc., in Binghamton, N.Y. (AP Photo/Hans Pennink, File)

Similarly, several brokerages are recommending a relook at cyclical stocks to position their portfolios for an economic recovery.

“We believe that stocks with ties to economic performance will likely benefit the most. We believe that investors should consider switching attention to cyclicals, ” the brokerage wrote in its report over the week.

It says Covid-19 vaccines, which it expects to be widely available by the second half of 2021, have cemented the expectation of an economic recovery next year despite the short-term headwinds such as the resurgence of the Covid-19 cases, which have led to partial lockdowns again in some countries.

Specifically, MIDF Research has upgraded the construction sector to positive from neutral.

Its positive outlook also stands for the automotive, banking, glove-making and healthcare sectors.

These refer to selected fundamentally strong names in the banking, power, O&G, consumer and transport sectors, it says.

“Sectors that are poised to benefit from the recovery in demand are power (particularly, from the commercial and industrial segments); O&G (higher crude oil prices); seaport (higher throughput on the recovery in global trade); airport (the eventual reopening of borders) and consumer (cash handouts and recovery in the job market to sustain spending), ” AmInvest wrote in its report.

“While the fundamentals of banking stocks should improve in line with the economic recovery, clarity is still lacking with regards to the extent of the irreversible damage the pandemic has inflicted on businesses, and hence asset quality of banks, ” it adds.

AmInvest argues while the availability of effective vaccines has greatly brightened the recovery prospects of the air travel sector, it remains mindful of the need of airlines to recapitalise their balance sheet after months of massive losses during the pandemic.

Maybank Investment Bank Research (Maybank IB) has also turned more “balanced” in its stock selection approach, compared with being “defensive” previously, given the likely availability of Covid-19 vaccines next year.

It now recommends a mix of value and growth picks, plus continuing yield focus or thematic.

“Any sharp pullback in growth stocks (gloves, technology) is an opportunity to re-enter, while our picks for value stocks are guided by cashflow visibility and strong balance sheets, ” Maybank IB says.

Sector-wise, it has upgraded the technology/semiconductor and plantation to “overweight” from neutral previously.

As for TA Research, with economic recovery in sight, it has upgraded the banking, insurance, media, O&G, property, power and utilities, telecommunications, technology and transportation sectors to “overweight” and raised its call on building materials to “neutral”.

The brokerage says there is no sector downgraded in its current strategy review.

“The improving equity market sentiment is expected to sustain on the back of recovery in economic activities and corporate earnings, thanks to easing of movement restrictions, reopening of economic sectors and positive news flows on vaccine discoveries, ” TA Research says.

“Diminished possibility of any serious takeover threat for the current government, despite having a razor-thin majority in Parliament, is another plus as uncertainty over the domestic political scenario has improved since the passing of Budget 2021 at policy stage on Nov 26, ” it adds.

TA Research says with Bank Negara’s loose monetary policy complementing the government’s fiscal measures, it anticipates sustained pick-up in economic activities next year, especially in the second half of 2021, when the Covid-19 threat become more manageable and well contained.

For investment exposure, the brokerage says it strongly recommends undervalued blue-chips, especially in the banking sector, and stocks that will benefit from the economic recovery.

The pickup in private consumption, private investment and public spending will benefit various sectors such as banking, consumer, construction, gaming, O&G, property and telco, among others, it says.

Despite prospects of many effective Covid-19 vaccines hitting the market next year, it says it still likes glove stocks, as demand for gloves is expected to remain strong in 2021 and 2022, underpinned by greater awareness and the need to wear it during vaccinations of billions of people around the world.

TA Research says selected technology stocks also remain as favourites despite the sharp rally in the last few quarters as the “new norm” has increased the demand for gadgets and cloud computing to remain connected and work from home.

“Investments into 5G networks are also expected to pick up next year.

“Availability of faster and greater bandwidth should contribute positively to the growth of Internet-of-Things and artificial intelligence in every aspects of life.

“The sector is also expected to benefit from higher car sales next year as more electronics go into a vehicle, ” it explains.

Overall, TA Research expects the FBM KLCI to rally to 1,770 points by end-2021 based on 17 times estimated forward earnings.

Maybank IB, on the other hand, expects the index, which comprises 30 largest companies by market capitalisation, to end next year at 1,790 points. This is based on 16 times estimated forward earnings.

Both AmInvest and MIDF Research peg their end-2021 targets at 1,700 points. This is based on 17.5-18 times their foward earnings projections for the FBM KLCI. 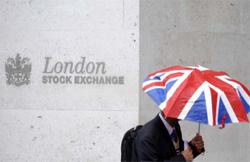 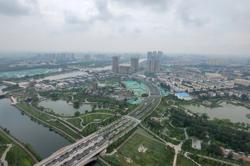