No approval for Ranhill’s due diligence statement on IWK

“Both IWK (owner & operator of national sewerage asset) and PAAB (owner of national water asset) are currently 100%-owned by the MoF," it said.

’s earlier announcement on Wednesday that it will undertake a due diligence exercise on Indah Water Konsortium Sdn Bhd (IWK) has taken a new twist.

In a follow-up statement to Bursa Malaysia later that day, the company clarified the earlier announcement was “inadvertently released without authorisation”.

Earlier, Ranhill Utilities said it would undertake a due diligence exercise IWK for the proposed disposal of the Finance Ministry’s stake in the wastewater and sanitisation company.

The group said it had received a letter from Minister of Finance, Inc (MoF Inc) inviting it to undertake the exercise before finalising its restructuring proposal.

To recap, on June 26,2020, Ranhill had submitted a proposal for the restructuring of IWK that will involve, among others, the disposal by MOF Inc of its interest in IWK to the company.

Prokhas, a private limited company owned by MOF Inc, was appointed by MOF Inc to represent it as its consultant for the proposal.

It was originally awarded a 28-year concession in 1994 for the provision of sewerage services in Malaysia, but was taken over by MoF in year 2000 from its previous private owners for RM193mil (equity value) given its dire financial state.

Based on historical Auditor General report (2011), IWK had accumulated losses of RM888mil up till end-2010, while in 2016, it is reported that sewerage industry losses amounted to RM330mil, which is partly due to extremely low rates (unchanged in more than 20 years) and to a certain extent, poor collection.

The government has been reported to inject between RM150mil and RM200mil annually into IWK’s operations.

According to MIDF Research, the takeover of IWK by MoF in 2000 was meant to be an interim measure and was to be followed by divestment or restructuring in privatisation arrangements to enable the government to own the capital assets, while the private sector remains as operator of the services.

“We think the idea is to replicate the water services industry’s asset lightstructure whereby PAAB takes over IWK’s sewerageassets while the operator (in this case, Ranhill) in return will lease these assets and earn a regulated profit margin against revenues that are collected (basically, a cost-plus model for the operator).

“Both IWK (owner & operator of national sewerage asset) and PAAB (owner of national water asset) are currently 100%-owned by the MoF.

“A certain tariff revision is also likely to be proposed given sewerage rates have remained unchanged since 1997. While it is still early days, this is broadly a positive development for Ranhill in its effort to expand into sewerage operations, which is a natural extension to its existing water supply business, ” MIDF Research said. 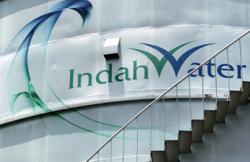