“The KLCI is expected to touch 1,610 today with funds shifting towards broader based buying.

“Meanwhile, November is a record month for crude palm oil this year as price averaged firmly above the RM3,400 a tonne, ” it said.

At Bursa on Monday, local retail investors were net buyers at RM104.6mil and foreign funds turned net buyers also at RM65.9mil but local funds were net sellers at RM170.6mil.

As for Top Glove, it continued to lose ground on worries about fines which could be imposed over the workers’ accommodation. It fell 11 sen to RM6.68 with 8.26 million shares done.

Khind lost 12 sen to RM3.10 with 5,600 shares done on profit taking after the recent share price rally due to its strong earnings. 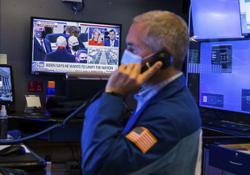