The committee seeks to analyse the weaknesses in the previous GST regime, identify means of improving its tax administration and enforcement, as well as combat inefficiencies in the legislation and plug certain compliance policy gaps.

THE Ministry of Finance (MoF) has set up a committee to assess the viability of reintroducing the goods and services tax (GST) into the Malaysian indirect tax landscape. The GST was replaced by the sales tax and service tax (SST) in September 2018.

The committee seeks to analyse the weaknesses in the previous GST regime, identify means of improving its tax administration and enforcement, as well as combat inefficiencies in the legislation and plug certain compliance policy gaps. Most importantly, the committee is studying the economic impact of a GST re-introduction, particularly in light of the adverse impacts of the Covid-19 pandemic. Below are some key observations with respect to the potential reintroduction of the GST.Potential benefits

Reimplementing GST could be beneficial to the government and businesses.

The GST can serve as an alternative source of revenue for the government, which would support the government’s aim of reducing its reliance on revenue from income tax and petroleum. The GST revenue in 2016 was between RM41bil and RM44bil in 2017. On the other hand, SST collection in 2019 was only RM27bil, with an expected reduction to RM24bil in 2020.

GST generates more revenue for the government than the SST and may lead to an increase in tax revenue over the years. The reimplementation of GST may also identify companies operating in illicit trade or that are otherwise seeking to operate in the shadows, as businesses would be required to register for GST in order to be eligible to claim refunds. In the previous GST regime, and as seen in other countries, companies prefer to transact business with suppliers that are GST-registered compared with non-GST registered businesses. Companies would be willing to register voluntarily for GST to reduce the cost of business and to improve their business relationships and reputation.

The Inland Revenue Board (IRB) has stated that one of its key priorities is to identify and tax the “underground economy”, i.e. operators of legal and illegal businesses who evade tax. The reintroduction of GST, combined with greater co-operation between the Customs Department and the IRB, will go a long way towards achieving this goal.

Recognised as one of the most standardised tax systems, GST – often termed value added tax (VAT) – has been implemented in 160 countries around the world. Foreign investors seek certainty and familiarity in a tax regime. If a GST regime were to be implemented in Malaysia, it would lead to an increased level of familiarity and comfort among foreign investors with the Malaysian tax system.Reimplementing GST would also help alleviate the tax cascading effect, which is one of the challenges brought about by the SST regime. The government’s counter measure to this effect was to introduce various tax exemption facilities. However, businesses have to ensure that all the relevant conditions of each facility are complied with – giving rise to an added administrative burden.

Under the GST system, businesses would be able to recover the GST incurred on their acquisitions through an input tax credit, which would alleviate the cost of doing business and ease the administrative process.

Conceptually, it can be expected that there would be a relative reduction in prices under the GST regime by virtue of the input tax credit mechanism. This will benefit both businesses and end-consumers.

Having a simpler tax system and doing away with multiple exemption facilities with varying conditions would ease the Customs’ workload, enabling Customs officers to focus on policy matters and conducting audits and investigations on a larger pool of businesses.

One of the major concerns raised by businesses in relation to the previous GST regime was the delay in receiving GST refunds.

Many taxpayers only received their refunds after a GST verification audit was conducted. Such delays resulted in a negative cash flow impact and missed opportunities for these funds to be deployed to other vital aspects of the business operation.

To gain the public’s trust and confidence, the refund process should be streamlined to avoid delays and a backlog of refunds.

The government may also consider adopting automatic refunds or a “refund first, audit later” approach, especially for businesses that have been operating in Malaysia for many years or businesses that meet certain criteria (eg export-oriented businesses). If adopted, the Customs would have to put in place the necessary safeguards to identify and prevent fraudulent refund claims.

The Customs could rely on technological tools to undertake risk assesssments of taxpayers for audit and refund purposes, expedite refunds to the “right” taxpayers and encourage more businesses to register by having a straightforward GST registration and compliance process.

Another major challenge for businesses under the previous GST regime involved the zero-rated tax treatment for essential goods.

While it was widely appreciated that these essential items were not subjected to the 6% standard GST rate, it was also one of the main contributors to the cost of compliance for businesses, particularly those dealing in medicines, where the lists were so granular it became difficult to distinguish the tax treatments. Generalising these items as zero-rated items based on the nature or purpose of the goods instead of segregating them on a tariff code basis, may ease the administrative burden on businesses. It would also be prudent to limit the zero-rated and exemption lists, to enhance simplicity and reduce compliance efforts and costs.

Last but not least, a significant factor to consider would be the GST rate. Other countries which have adopted VAT or GST have adopted rates of between 5% and 28%, with some countries providing temporary reductions to reduce living costs and to spur consumption during the Covid-19 pandemic.

In view of the current global economic climate, the government may consider reintroducing GST at a lower rate of between 3% and 5%. However, any rate lower than 3% would likely result in a fall in the government’s indirect tax revenue and would not be commensurate with the compliance and administrative costs to taxpayers and the government.For the GST to be successfully reimplemented in Malaysia, the support of the public and businesses is paramount.

The government may consider issuing a “white paper” to create awareness among the public, highlighting key areas such as the rationale in reintroducing GST, proposed rate and coverage.

Sufficient time should be given for public consultation and feedback, and the views of industry bodies and professional accounting and tax bodies should also be taken into account. With regard to businesses, the government may take a friendly and proactive approach by having open consultations and providing guidelines to aid taxpayers in their compliance matters, which will effectively enable the government to create a robust tax system that is collaborative and efficient.

Any proposed re-introduction of GST would also need to be assessed holistically in light of the overall Malaysian tax system.

Jalbir Singh Riar is a Partner in Ernst & Young Tax Consultants Sdn Bhd. The views expressed are the writer’s own. 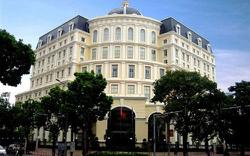 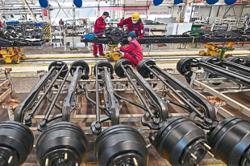