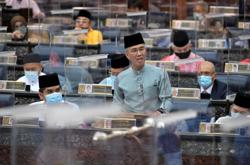 "Various initiatives have been implemented to improve the standard of the Bumiputera economy, especially in the fields of education and human capital, entrepreneurship and business, wealth ownership and corporate equity ownership,” he told the Dewan Rakyat here, on Wednesday.

He said this in reply to a question from Datuk Seri Ahmad Maslan (BN-Pontian) on the amount and names of funds to improve the Bumiputera economy that have been provided to all ministries.

Since its inception, MARA has been allocated a total of RM20 billion in the form of Development Expenditure (DE), said Arthur.

"To date, 1.15 million Bumiputeras have benefitted from various MARA initiatives in the fields of entrepreneurship, business and investment.

"Meanwhile, a total of 1.02 million Bumiputeras have benefitted in the fields of education and human capital development," he said.

The government through EKUINAS has provided a DE allocation of RM4 billion through the National Equity Fund. From the allocation, to date, EKUINAS has generated investment returns of RM3.2 billion in 41 companies.

EKUINAS has also successfully increased manpower numbers of Bumiputeras in companies invested by recording a 23.5 per cent Bumiputera participation at the top management level and 14.1 per cent at other levels.

Through the Facilitation Fund, TERAJU, in collaboration with the Public-Private Partnership Unit, has approved an allocation of RM781.1 million to Bumiputera companies.

"The fund has leveraged 252 companies to implement 276 projects that generate investments worth RM6.4 billion and create more than 15,000 new jobs," he said.

Meanwhile, in increasing the ownership of Bumiputera wealth, the government through the Property Investment Fund under PHB has approved a development allocation of RM1.145 billion for the purchase and development of commercial property.

"The value of the property has been injected into Amanah Hartanah Bumiputera which benefits more than 75,000 Bumiputera investors," he said.

"New, more strategic policies, strategies, and initiatives will continue to be strengthened to achieve equitable Bumiputera success. This effort will be detailed in the 12th Malaysia Plan which is scheduled to be tabled in the Dewan Rakyat next year,” he added. - Bernama
Article type: metered
User Type: anonymous web
User Status:
Campaign ID: 18
Cxense type: free
User access status: 3 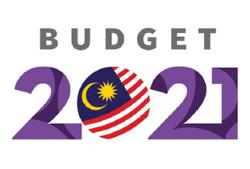