Asked whether the vaccine could become available the week of Dec. 15 after the advisory panel meets, Hahn would not commit. “It is possible. We need everything to fall into place."

NEW YORK: U.S. Food and Drug Administration Commissioner Stephen Hahn said on Tuesday it was "possible" the agency could approve Pfizer Inc's COVID-19 vaccine by mid-December if everything falls into place, but that it may take longer.

When asked in an ABC News interview whether a vaccine could be available days or weeks after a planned Dec. 10 meeting in which FDA expert advisers will recommend for or against approval, Hahn said,"it's hard to predict and I want to set the appropriate expectations."

The FDA often follows the recommendations of these advisory panels.

Hahn added: "We should be relatively quick afterward but there could be issues that come up that we have to address."

U.S. Health and Human Services Secretary Alex Azar has said an FDA decision could come days after the Dec. 10 meeting. The Operation Warp Speed program is also planning for the first vaccine shots on Dec. 14.

Pfizer Inc and BioNTech filed with the FDA in November for emergency use authorization of their COVID-19 vaccine.

Asked whether the vaccine could become available the week of Dec. 15 after the advisory panel meets, Hahn would not commit.

“It is possible. We need everything to fall into place."

Hahn confirmed he had met with the White House earlier in the day. Axios reported late on Monday that Hahn had been summoned by Chief of Staff Mark Meadows about the vaccine timing.

Hahn said the purpose of the meeting "was to provide a briefing around exactly the issues we’re discussing here. That’s what occurred.”

Hahn said in the ABC News interview that the FDA's scientists needed to pore over the safety and efficacy data submitted by the companies to reach a decision, as they do in all drug reviews. 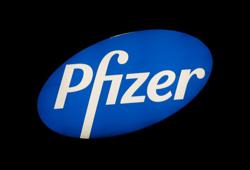