AMID a short working week in the United States in conjunction with Thanksgiving holiday, the dollar weakened by 0.43% to 91.99 – hitting the lowest level since January 2018 on the back of easing political noises after President Trump accepted that President-elect Joe Biden’s transition into the White House must begin as well as ongoing vaccine optimism.

She is seen as a proponent of fiscal spending and viewed as an instrument in being able to negotiate a near-term fiscal package to support the economy. Nevertheless, the data release this week were rather mixed with: November preliminary Markit Manufacturing PMI accelerating to 56.7 points from 53.4 in October (consensus: 53.0) – marking the strongest expansion since September 2014; November preliminary Markit Services PMI climbing higher to 57.7 from 56.9 in October (consensus: 55) – the steepest jump since March 2015; and higher initial jobless claims for week ending Nov 21 at 778,000 as compared with 748,000 in the previous week (consensus: 730,000); and Michigan Consumer Sentiment falling to 76.9 in November from 81.8 in October (consensus: 77.0).

Crude oil prices closed higher with Brent shooting up 6.32% week on week to US$47.80 per barrel following successful vaccine trials that would end the coronavirus pandemic and revive fuel demand; as well as a surprise drop in the US crude inventories by 0.75mbpd for week ending Nov 21, versus supply buildups by 0.77mbpd in the previous week (consensus: +0.13mbpd).

The euro appreciated by 0.47% to 1.19 – the highest since Aug 28 largely due to the weaker dollar. European banks will not see profits return to pre-pandemic levels before 2022, according to the ECB in its financial stability review. The recent coronavirus-induced crisis will continue to be felt over the coming months.

Economic data release for the week includes: November EU preliminary Markit Manufacturing PMI slipping to 53.6 from 54.8 in October (consensus: 53.1), with inflows of new orders increased at the slowest rate over the past five months; and November EU preliminary Markit Services PMI contracting deeper to 41.3 versus 56.9 in October (consensus: 42.5) – hitting a six months low.

The pound strengthened by 0.63% to 1.336 the strongest point in three months – fuelled by global risk-on sentiment as well as positive Brexit headlines.

British finance minister announced that the UK’s borrowings is forecast to reach £394bil this year – equivalent to 19% of GDP and the highest recorded level in the country’s peacetime history. The office for budget responsibility has also forecast an 11.3% contraction in the economy, the largest fall in output for more than 300 years.Amid Labour Thanksgiving holiday and a quiet calendar week, the yen depreciated by 0.39% to 104.3 on the back of poor demand for safe-haven assets. Data release for the week includes the September Leading Economic Index, climbing to 92.5, from 88.5 in August (consensus: 92.9); alongside better-than-expected Coincident Index for the same period at 81.1 from 79.4 in August (consensus: 80.8).

Most of the Asia ex-Japan currencies appreciated against the weaker dollar except for the Chinese yuan, which slid 0.19% to 6.58 due to early week losses.

The South Korean won emerged as the best performer in the region, posting a gain of 0.89% to 1,104 amid the Bank of Korea keeping its interest rate unchanged at 0.50%, as expected. The ringgit came in as the second best performer for the week in review, up 0.60% to 4.068 – the highest since Jan 27 after Budget 2021 was passed at policy stage with a majority voice vote. Two key monthly economic data was announced – October inflation (-1.5% year-on-year) and September leading index (8.6% y-o-y).

The US Treasury yield bear steepened with the 10-year/2-year and 30-year/5-year spread widening to 72.3bps and 123.0 from 66.7bps and 114.8bps, respectively. The closely watched 10-year yield rose 5.7bps week-on-week to 0.882%, back to a near two-week high. The upward pressure on the back end was primarily due to investors’ flocking into riskier assets following easing political noise; ongoing vaccine optimism; and expectation that Yellen’s nomination would raise hopes for a potential fiscal stimulus package. As at noon Friday, the 2-, 5-, 10- and 30-year benchmark UST yields stood at 0.15%, 0.37%, 0.85% and 1.59%, respectively.

Secondary trade volume improved for the week in review, up 40% to RM1.3bil from RM0.9mil in the previous week. The credit spread narrowed by 19.6bps on average across the curve. The shorter end rose 24.8bps on average while both the belly and longer ends of the curve eased averagely by 50bps and 29bps, respectively.

During the week Nov 20–26, the FBM KLCI surged 28.43 points (pts) or 1.80% to 1,612.11 pts, in step with the uptrend in the Dow Jones Industrial Average (+1.32%) and MSCI Emerging Markets Index (+2.43%). Globally, investors cheered positive trial results of yet another Covid-19 vaccine candidate, i.e. the one jointly developed by AstraZeneca and Oxford University, President Trump warming up to the transfer of power to President-elect Biden and the news on Biden’s nomination of Yellen who was considered a dovish/pro-growth policymaker during her tenure at the Fed. Locally, market sentiment was boosted by the Parliament’s green light for Budget 2021.

Foreign investors turned net buyers in the local market, snapping up RM73.4mil worth of Malaysian equities but was insignificant to reverse the year-to-date net outflow of RM23.3bil. Local institutional and retail investors continued to dominate the market with participation rates of 45.9% and 39.3% in November respectively (comparable with 45.7% and 39.9% in October). As foreign investors stayed passive, their participation rate remained low at 14.8% in November (relatively unchanged compared with 14.4% in October).

During the week, 11 out of 13 sectors in Bursa Malaysia ended in the positive territory. The best performing sector was energy (+7.6%), driven by higher crude oil price on optimism on global economic recovery. The worst performing sector was REIT (-1.9%) as investors switched out of the defensive sector as their risk appetite improved.

> US unemployment rate (November) on Dec 4; 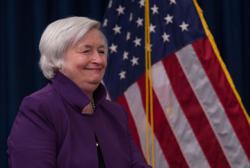 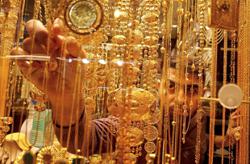