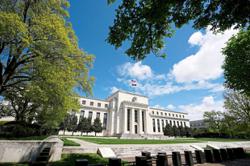 Lin See Yan: Has economics teaching failed? No. Could it be done better? Of course.

ECONOMICS is about life – about making the world a better place to live; about making life better. So, very much like medicine, economics is a practical discipline, especially macroeconomics – invented by Lord Keynes in response to the Great Depression. It figures out what’s going on and wrong in an economy, and how to put it right.

Like Queen Elizabeth II, who famously asked in November 2008 why no one saw the 2007 crisis coming, most have grown increasingly sceptical of the economist’s ability to explain and predict developments, let alone offer sound policy solutions.

Much of this deteriorating reputation rests on its excessive reliance on self-imposed inward-looking orthodoxies. That’s why it’s not so easy to teach (and write about) economics.

Economics is a subject notoriously difficult to explain well – especially in conveying macroeconomic intuition. For me, it all began at Harvard as a doctoral student in the early 1970s, helping Prof Martin Feldstein and Prof Wassily Leontief teach (and tutor) macroeconomics (Ec1010). Good teaching, I soon found out, requires giving clear answers to muddled, bright students. Easier said than done.

That requires an intuitive feel for the subject. It is not enough to ride-through the equations. For me, success as a teacher reflected my shortcomings as a mathematician.

Prof Joan Robinson of Cambridge used to say: “I never learned maths, so I had to think.” Because the answers don’t jump out from the equations, she had to dwell on economic behaviour underlying the algebra.

The real trouble is that the profession embraces simplistic theoretical assumptions and excessive reliance on mathematical techniques, that prize elegance over real-world applicability.

As I see it, mainstream economics has placed far too much analytical emphasis on getting to equilibrium, while largely ignoring the importance of transitions and tipping points; and the presence of multiple-equilibria scenarios.

Indeed, the profession has routinely failed to account adequately for financial links, behavioural-science insights, and rapidly evolving secular and structural forces such as technology, innovation and climate change. And, of course, the rise of China.

All these point to the urgent need to expand the scope of their analysis to take into account human interactions, distributional effects, financial-economic feedbacks and technological change.

Macroeconomics is difficult to teach partly because its theorists (classical, monetarist, neo-classical, among others) disagree about so much. It is difficult also because the textbooks disagree about so little. To reach the widest possible student body, teaching has to cover a miscellany of similar material and models that are not always consistent with each other, or even among themselves.

To be frank, the result is that many professors I know sometimes teach things they do not really believe.

Professors forget that macroeconomics is full of faux amis: words that mean something different in everyday speech. “Saving” is an example. In ordinary life, it means a conscious decision not to spend. In macroeconomics, it means the opposite of consumption (i.e. income that remains unspent); so, anyone who buys a house is saving even though they used up their bank account to do so. More difficulties.

Macroeconomics in practice can be kind of “weird.” The discipline’s fundamental question is the one broached by Jean-Baptiste Say 200 years ago: does supply create its own demand? The answer, which is often no, can be odd.

Because students take recessions for granted, they may not realise how peculiar this is.

Professors may recognise the strangeness. Recessions do come about because of an excess demand for money. But they do struggle or neglect to explain it.

Undergraduate economics instruction tends to be narrow and students can be the worse for it.

Economics lacks “pluralism” in its curriculums.

Insufficient attention is given to contrasting schools of thought – Keynes versus monetarists, Marx versus neoclassicals – and to the lessons of history and the other social sciences.

Problems arise, however, when it comes to remedies because of a limited conception of pluralism, and the tendency to overlook recent developments.

The pluralism needed can be sighted from insights of differing schools of thought and academic disciplines. Unfortunately, this lack of pluralism can be traced to the benchmark model used in most economics teaching.

If the case is based on “homo economicus” buying and selling in perfectly competitive markets (in which supply always equals demand), then it is hard to see what the insights of other academic disciplines or schools of thought can contribute. But this method has long been superseded in the economics used in empirical research and policy advice.

In recent years, teachers and researchers have collaborated on developing an introduction to economics using a more current new pluralism.

Consider, for example, the case of the firm and the labour market. It starts with the employer and employees having conflicting interests about effort expended at work.

The labour contract cannot ensure that an employee works hard or well. Students soon discover and learn that wages and the amount of work done are determined by the power exercised by the employer and by employees’ work ethic – not simply by market competition.

Sociology, psychology, political science and law are integral to understanding how the entire process works.

Students also learn that in the labour market, demand will generally fall short of supply, resulting in unemployment.

Contrast this with the labour market and the firm as represented in standard textbooks.

There, the firm is supposed to purchase work from the employee, no different from its purchase of kilowatt units of electricity.

There is no unemployment and there are no conflicts of interest over work, and social norms play no role.

The new pluralism, by contrast, shows students that useful insights can come from many sources, and provides tools allowing them to address pressing economic problems of today.

Socrates is right to say: Awareness of one’s ignorance is far better than the illusion of knowledge.

We all know that core macroeconomics rests on two critical assumptions: the efficient markets hypothesis (EMH); and rational expectations.

It is questionable whether it is even possible to have “rational expectations” of a profoundly uncertain future.

The trouble is you cannot teach macro well without a strong intuitive feel for the subject.

Ironically, the best way to gain such a feel is to teach it often enough: “I learn something every time.”

The EMH – i.e. investors respond rationally to expectations of cash flow assets generated, continues to underpin some of the most important decisions taken by investors despite the bubbles and crashes.

However, today’s economics is complicated by the emergence of, and contributions to, behavioural economics – to get economists to back away from rational grand theorising, and to focus more on empirical work and specific policy questions based on fairness concerns and what’s socially acceptable.

Choices people make reflect their evolving beliefs about what constitutes appropriate behaviour within a narrow setting.

A different setting, with different cues, leads to different behaviour.

Decisions are not made independent of the setting; worse, even seemingly fundamental notions of fairness shift depending on the setting.

It is as if economists are working to understand the strategies people play within society.

It is a game in which every player is constantly updating his ideas about the rules and even the objectives, in response to what every other player is doing.

That makes it so much harder to teach economics and write about economics.

Has economics teaching failed? No.

Could it be done better?

What are we to do? Lin See Yan , economics , teach , macroeconomics ,