SINGAPORE (Bloomberg) -- One of the world’s most popular raw materials is as expensive as it’s been in eight years, a rally that points to higher food prices -- and backsliding on biofuel initiatives -- in the months to come.

The price of palm oil, an ingredient in about half of all supermarket goods, is up almost 70% since the year’s low in May.

Bad weather has disrupted the planting of rival oils, and the supply of palm is also tighter, the result of a shortage of migrant workers on Malaysia’s plantations.

At the same time, optimism about a coronavirus vaccine has improved economic forecasts and energized demand.

Palm’s rally has outpaced soybean oil, which has climbed about 52% from its March low.

Overall, the rising prices suggest food is about to get more expensive, at a time when consumers around the world are already under economic stress.

"The higher prices will hit supermarket shelves in a month,” said Sathia Varqa, owner of Palm Oil Analytics in Singapore. "Edible oils are the most-exposed.”

As the price of palm oil has soared, it’s nearly caught up to soybean oil, its closest substitute. Outside of brief moments earlier this year, the gap hasn’t been this narrow since 2011.

That same year, one of the strongest La Nina episodes in decades ravaged crops and squeezed edible oil supplies around the world. Food prices soared, which contributed to the popular unrest in the Middle East that eventually resulted in the Arab Spring.

As of now, the effects of palm’s rally may be offset by government stimulus programs and other kinds of Covid assistance for consumers.

And the high prices will, eventually, trigger a contraction in demand, said veteran analyst Dorab Mistry, director at Godrej International. "This always happens over a period of some months,” he said.

With the rally in other oils, there are few options for price-sensitive buyers in India and China.

"Palm oil is still the cheapest vegetable oil out there and continues to attract fresh demand,” said Anilkumar Bagani, research head at Sunvin Group, a Mumbai-based broker and consultant, pointing to higher prices for soy, sunflower and rapeseed oils.

"There may be some food demand that goes to soyoil, but that makes up only about 10% to 15% of overall palm demand,” he said. "That loss will be compensated by the vaccine news, which signals the recovery of food, and palm demand, in the long run.”

The effects of the rising prices on the market for biofuels are murkier still.

Palm oil is now trading at a fat US$413 premium to gasoil, the highest premium since 2011.

In the nine years since, countries including Indonesia, Malaysia, Thailand and Colombia have enacted mandates to require the use of domestic palm oil in national biodiesel initiatives, while the EU’s renewable energy policies have boosted the bloc’s imports of palm, with nearly half of that channeled into energy use.

Advocates for biofuels worry that the rally in palm oil prices will push some countries to roll back their mandates.

Indonesia has already said it will delay its ambitious plan to increase its biodiesel blend to 40% from the current 30%, as the wider price gap "presents challenges for the government in funding incentives for the program.”

For now, market participants are mixed on the future of palm oil. Rabobank expects futures to decline as stockpiles recover, Sunvin’s Bagani says a downward correction is justifiable but there won’t be a major drop, while Varqa expects shrinking supplies to propel prices above RM3,300 by mid-December.

For producers, the price surge has been a boon, boosting the latest quarterly profits of palm giants such as FGV Holdings Bhd

Supply may stay tight for a while, even if this year’s wetter weather would ordinarily be good for next year’s yields.

Plantations in Malaysia, the second-biggest producer, were facing a worker shortage even before the pandemic; in recent months, farms have conscripted prisoners to harvest the fruit. Aging trees are less productive too, said Oscar Tjakra, senior analyst at Rabobank in Singapore.

Plantations have also opted for share buybacks over expansion, Godrej’s Mistry said, which could see them lagging behind production capacity as the global economy recovers, and points to long-term consequences for supply.

"We’ve seen a slowdown in the new hectarage being planted thanks to pressure from NGOs, from governments and from previous lower prices,” Mistry said. "All these have combined with the weather gods (La Nina) to create a perfect storm for vegetable oil prices.” 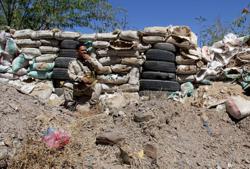