KUALA LUMPUR: Blue chips managed to recoup all of their previous day’s losses on Wednesday as investor sentiment was bolstered by strong key Asian markets, with Public Bank and Telekom Malaysia underpinning the FBM KLCI’s advance.

In Asia, Japan's Nikkei earlier rose to a 29-year high. MSCI's index of Asia-Pacific shares outside Japan traded down 0.2% as Chinese shares were capped by worries about rising debt defaults.

Reuters reported global shares reached record highs after the Dow Jones Industrial Average broke 30,000, with investors relieved at the prospect of a smooth handover of power after the US presidential election and confident a Covid-19 vaccine would soon be ready.

MPI rose 62 sen to RM23.60 and it was the top performer among the semicon and tech-related stocks.

Top Glove lost 15 sen to RM6.65 after thousands of workers at its factories in Klang were placed under quarantine for Covid-19. 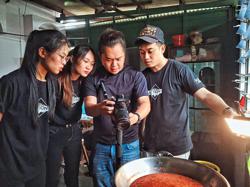