Is it time for countries to open their borders? PETALING JAYA: It is important for some countries to open their borders to support trade and recovery, although the shape and nature of recovery among the individual Asean members remain uncertain and can vary by country, senior fellow at Yusof Ishak Institute (ISEAS) in Singapore Dr Jayant Menon told a webinar.

Dividing Asean’s Covid-19 pandemic management into three groups, he said the Philippines and Indonesia were still struggling to control its spread, Malaysia and Myanmar had managed to control it only to face a new wave and there were those who have things under control.

He was speaking at yesterday’s “Prosperity Initiative Forum 2020: Post-Pandemic Recovery for Asean” organised by the Institute for Democracy and Economic Affairs (IDEAS).

A “rebalancing” between domestic travel and the opening of borders is needed, he said on the first of the two-day webinar.

He said it could be that some countries were experiencing new waves because domestic restrictions had been eased too fast and they had done it to support the economy.

He said it was likely that Asean members had hit the bottom in the second quarter, and how they would bounce back – whether it is a V, U, L or W-shaped recovery – only time time would tell.

Vietnam and Brunei have managed to avoid a recession, he said.

The recession has been “made worse” by the containment policy, which can be mitigated by economic policy.

Although richer countries can spend more to mitigate the pandemic’s impact, it is not possible to stimulate an economy in a lockdown, he said.

But what can be done is to have disaster relief to try to prevent companies from going down and deaths going up, he added.

Although the RCEP has been hailed as the first free trade agreement between three of the largest economies in Asia, namely, China, Japan and South Korea, Cortez-Sanchez said the grouping faced tariffs with different time lines for each over the next 10 to 15 years.

However, the world’s largest trading bloc will hold promise around 2030 or 2040.

He also said the recent RCEP meeting did not mention enough about rules for the digital economy, although the pandemic had reinforced its importance.

Apec secretariat executive director Tan Sri Dr Rebecca Sta Maria said it was not possible to reap the benefits of the RCEP agreements in one or two years.

“Don’t diminish the work that has gone into the RCEP and compare it with other agreements because (these other) agreements may have been around for the longest time, ” she said. 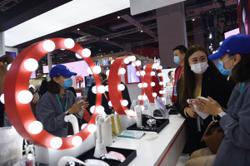