The sharp rise in the share price of Vivocom International Holdings Bhd is puzzling.

If one has not been regularly servicing their car loans in the last few months, don’t fret.

And if there is an extension to the Temporary Measures for Reducing the Impact of Covid 19 Act, repossession activities will continue to be put on hold.

With Covid 19 cases increasing and the government pandering to populist policies pushed by politicians within the ruling party, financiers fear that the Temporary Measures law may be extended beyond December.

So what do companies that provide financing resort to? They simply reduce their lending activities and brace for tough months ahead.

, a leading credit company that mainly provides hire-purchase loans, does not expect to grow its loan portfolio in the next 12 months in view of the challenging economic environment and possibility of the lockdown measures being extended.

For the first nine months this year, the group’s revenue decreased by a mere 6% to RM67.80 mil.

But the profit before tax decreased by 36% to RM16.09mil, due to the steep slowdown in the hire-purchase business.

Its impairment allowance increased by 83% to RM16.64 mil due to slower repayment from hirers.

It said the slower repayment period was particularly bad in the first three months of the year due to the significant drop in economic activities.

The law does not only cover hire-purchase loans. It also covers non-residential leases and other repayments of loans.

While the intention of the government to introduce the law was good, it also has to take into account that not all segments of the working population are hampered by the economic slowdown.

A substantial number of borrowers are not affected and simply do not pay their dues because they are allowed to get away with it.

The stock had shot up from 50 sen apiece to RM2.05 by Thursday, quadrupling in a span of a mere three weeks.

The problem is, it does not appear that anything substantial has taken place in the company and yet some buyers of the shares seem to think that maybe Vivocom has struck gold.

Vivocom has had a chequered past since the company was listed on Bursa Malaysia back in 2005 and has seen a number of new parties emerging as new shareholders trying to take the company in a new direction.

None of those plans panned out thus far.

The only one significant development taking place at Vivocom is that the company is forking out some RM171 mil to buy 45% of a property company called V Development Sdn Bhd from Vivocom’s own major shareholder, Datuk Seri Chia Kok Teong.

Chia who owns 23% of Vivocom, would be paid in cash and shares.

V Development is involved in property development, a sector which had been facing headwinds even prior to the onslaught of the Covid-19 pandemic.

But maybe this is a developer that will be able to overcome the challenges the property sector faces and turn in handsome profits. Perhaps that is what the investors chasing up Vivocom’s share price are hoping for.

Its projects are predominantly located within Peninsular Malaysia, specifically on land banks in Kuala Lumpur, Selangor and Perak.

The question is, does that sound exciting enough to justify the stellar rise in the share price of this company? 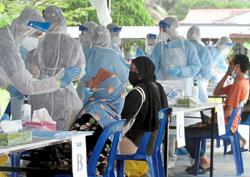 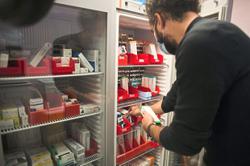