The normally quiet Batu Kawan shot onto the radar when it entered into a deal to buy Permodalan Nasional Bhd’s entire 56.32% stake in Chemical Company of Malaysia Bhd (CCM) for RM292.97mil cash, or RM3.10 per share.

(KLK), it is the latter that generates investor interest for being a key player in the palm oil industry here and in Indonesia.

But this week, the normally quiet Batu Kawan shot onto the radar when it entered into a deal to buy Permodalan Nasional Bhd’s entire 56.32% stake in Chemical Company of Malaysia Bhd (CCM) for RM292.97mil cash, or RM3.10 per share.

Subsequently, Batu Kawan will make a mandatory general offer (MGO) at RM3.10 per share to buy all the remaining shares in CCM. It intends to maintain CCM’s listing status after the MGO.

In a statement, PNB said the offer price came at a 69% premium to the three-month volume weighted average share price of CCM, a company involved in the manufacturing of caustic soda, chlorine and polymers.

These raw materials are largely used in the water treatment, rubber glove, oleochemical, oil and petrochemical, electronics and textile industries. 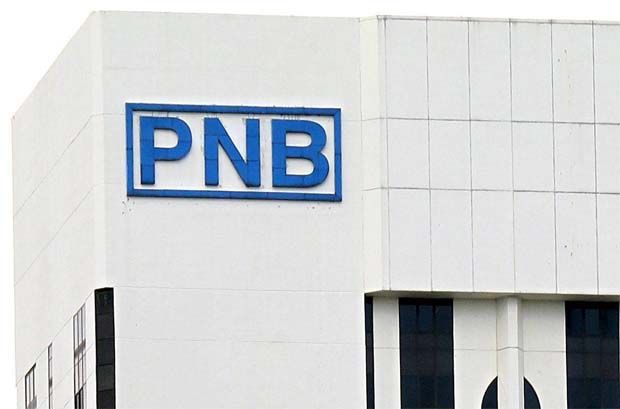 Financially, CCM’s performance has not been all that great. The company incurred a net loss of RM1.58mil for the third quarter ended Sept 30 – its second consecutive quarter in the red.

In view of this, former investment banker Ian Yoong says PNB is selling its 56% stake at an attractive price.

The proposed divestment is part of the fund’s strategy to rebalance its portfolio at a time when it is facing earnings pressure at some of its other key holdings which may require further cash calls.

For Batu Kawan, the acquisition is synergistic to its existing chemical business and would give it control of about 85% of the caustic soda market.

Unknown to many, the Ipoh-based group, which is founded by the late Tan Sri Lee Loy Seng, is the country’s largest producer of chlor-alkali chemical products, which include chlorine, caustic soda and hydrochloric acid.

Its chemical plants in Perak and Terengganu have an annual production capacity of 117,000 tonnes of caustic soda or about 50% of the market share.

“CCM controls about 35%, while other private operators have the remaining 15% share of the market.

“With this acquisition, the Lee family via Batu Kawan will control 85% of the chlor-alkali market share, ” says Ian.

Not unlike YTL Cement’s purchase of LafargeHolcim’s entire 51% stake in Lafarge Malaysia Bhd in 2019, which bolstered the former’s position in the cement sector, this

would similarly entrench Batu Kawan’s presence in chlor-alkali chemicals, and in turn offer economies of scale and pricing power.

In a report, Hong Leong Investment Bank (HLIB) notes that CCM’s financial performance has been weighed down by weak chlor-alkali product demand and prices.

Despite seeing an uptick in demand for its polymer division, the average selling price (ASP) has remained lacklustre due to competition as a result of low barriers to entry, the research firm says.

As for Batu Kawan ending up with around 85% of the chlor-alkali market, HLIB says that the Malaysian Competition Act provides for individual exemptions, block exemptions, plus permits relevant provisions to be used as a defence (in the event of an investigation or litigation).

It is anticipated that individual exemptions will be granted only for agreements that are particularly novel or carry a high degree of importance to the wider economy.

In Malaysia’s case, it is still a net importer of chlor-alkali, points out HLIB.

The research firm sees tougher times ahead for CCM as caustic soda prices are still on the downtrend due to Covid-19 and lower overall economic activity.

Its polymer division has also failed to see a material increase in the ASP despite the exponential increases in the ASP for glove players.

This indicates the lack of pricing power for both business segments, it adds.

In view of this, HLIB advises investors to accept the offer at RM3.10, which it says is “very generous” and exceeds its previous RM1.47 target price.

However, Yoong sees CCM’s profits improving over the next few years. He does not discount the possibility that in time to come, Batu Kawan will merge its industrial chemical operations with CCM.

Currently, CCM has a three-year supply contract (beginning April 2019) with Petroliam Nasional Bhd to supply 351,000 tonnes of caustic soda for the Refinery and Petrochemical Integrated Development or Rapid project in Pengerang, Johor.

Shares of CCM have risen from mid-October following speculation that PNB was mulling divesting its block in the stock.

Yoong believes the share price, which ended at RM2.98 yesterday, could trend higher than the RM3.10 takeover price, backed by the positive aspects of this merger and acquisition.

There is a condition precedent before the takeover offer becomes unconditional.

Yoong thinks the takeover process should go smoothly as the condition precedent is consent from lender banks of CCM.

The acquisition of 100% of CCM will cost Batu Kawan some RM517mil – something it can muster given its strong balance sheet.

The group – now run by the founder’s sons, Tan Sri Lee Oi Hian and Datuk Lee Hau Hian – had RM4.159bil in cash and short-term funds as at end-September.

Apart from plantations and chemical manufacturing, the group is also involved in property development.

Shares of Batuk Kawan closed 20 sen up to RM16.32, giving the stock a market capitalisation of RM7.2bil.

As for CCM, apart from PNB, CIMB Group Holdings Bhd